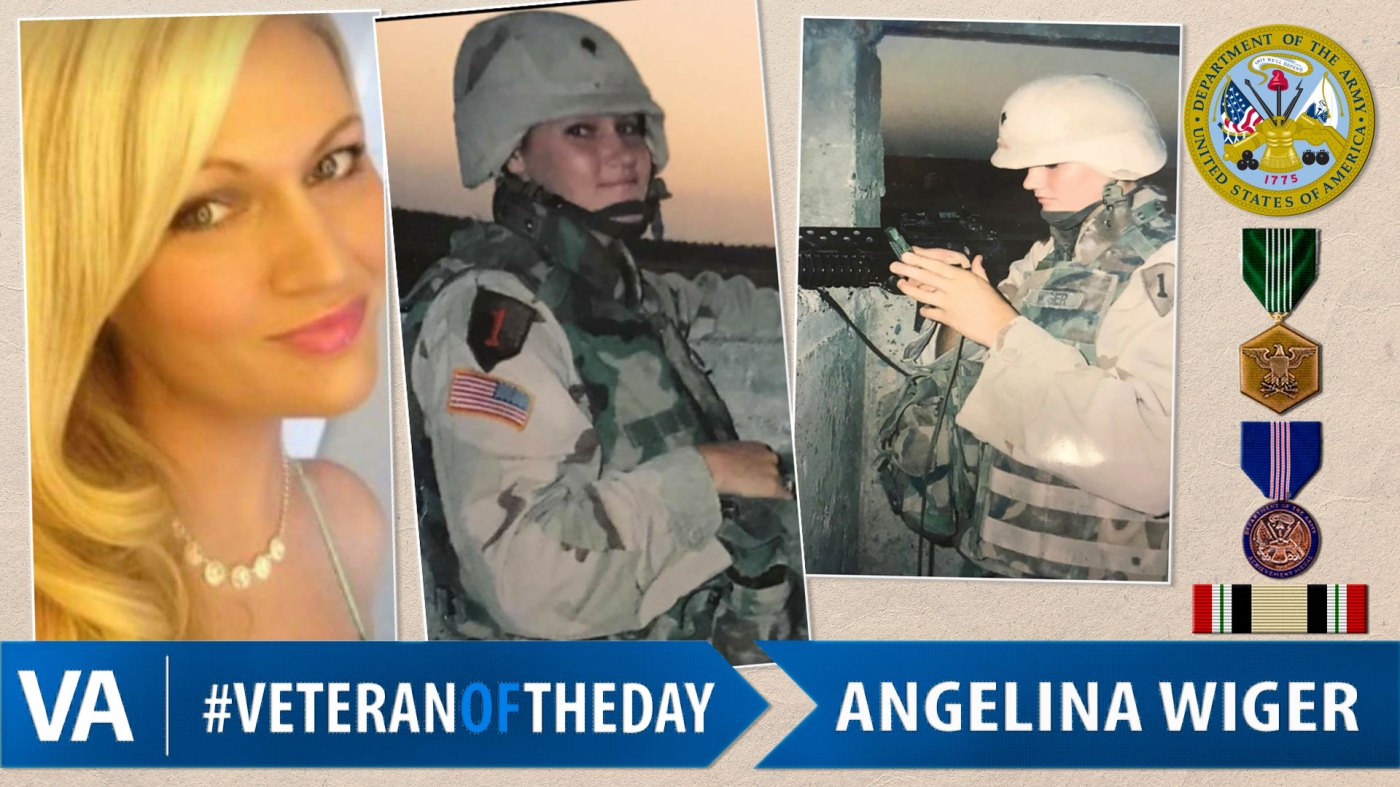 Today’s #VeteranOfTheDay is Army Veteran Angelina “Angie” Wiger. Angie served from 2001 to 2005 during the Iraq War.

Angie joined the Army in 2001 and served with the 38th Personnel Services Battalion in Vilseck, Germany from 2001 to 2004. The battalion’s motto was “Provide with Pride”. Angie was then deployed to Baqubah, Iraq from 2004 to 2005 as part of Operation Iraqi Freedom. She was assigned to casualty reporting duties due to her attention to detail and served during the first democratic election in Iraq’s history.

Angie was awarded the Army Achievement Medal and the Army Commendation Medal for her service. She now lives in Hastings, Minnesota and works as a licensed social worker for the Minnesota Department of Veteran Affairs.

Thank you for your service, Angie!