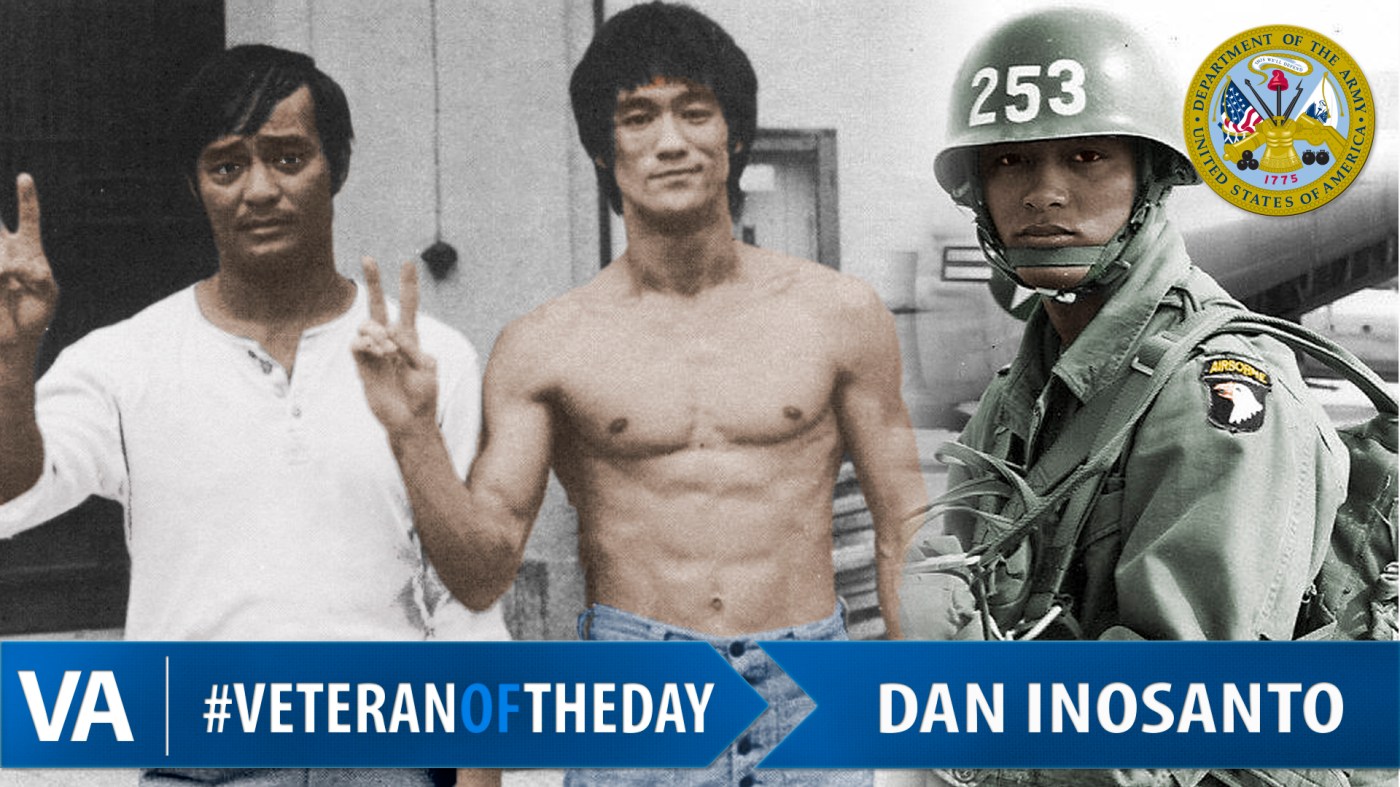 Dan was assigned to Fort Campbell where he served as a paratrooper with the 101st Airborne Division, nicknamed the Screaming Eagles. He was also a member of the Strategic Army Corps. It was at Fort Campbell that Dan refined his skills and interest in various martial arts. He trained under Sgt. Maj. Henry Slomanski.

After leaving the service, Dan continued to study and teach martial arts. He trained with Bruce Lee and was commissioned in 1977 by the Dallas Cowboys to incorporate martial arts into the team’s training.

Thank you for your service, Dan!