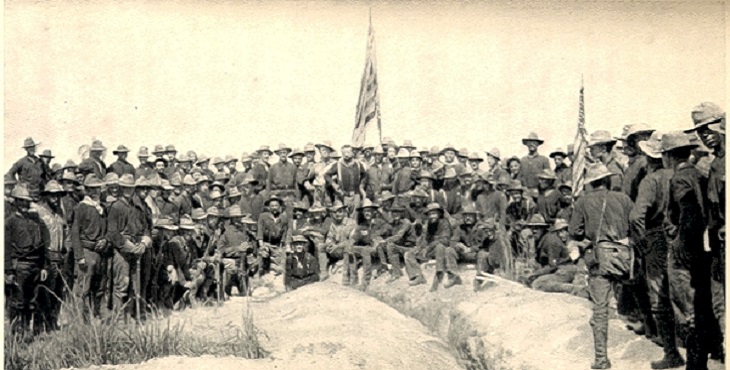 Sgt. William H. Thompkins is an American hero. He showed extraordinary courage in the face of the enemy. At the time, he believed that he was just doing his duty as a soldier, but his actions saved the lives of his comrades and helped change the way that the country perceived African-American soldiers.  Thompkins was a Buffalo Soldier in the 10th U.S. Cavalry Regiment.

The Buffalo Soldiers were African-American soldiers from four cavalry regiments that the Army formed in 1866. The young men who served in these units sought a new life in the post-Civil War Era. These units offered young African-American men opportunity beyond the South during Reconstruction. The Buffalo Soldiers became pioneers of Westward expansion, and participated in every major conflict of the late nineteenth and early twentieth Centuries. They served in the American Indian Wars, the Spanish-American War, the Philippine-American War, the Mexican Border War, World War I, and World War II. In 1951, during the Korean War, the last remaining segregated Buffalo Soldier regiments integrated into other units.

Thompkins was one of those soldiers. His Medal of Honor citation reads, “[he] voluntarily went ashore in the face of the enemy and aided in the rescue of his wounded comrades. This after several previous attempts at rescue had been frustrated.”

Thompkins’ story of selfless service is just one of many. The Buffalo Soldiers served with distinction for the 85 years of their history, bringing credit to themselves, their unit, and in the United States Army. However, despite their proven ability to serve with just as much honor and dedication as their white comrades, African-Americans remained in segregated units in the United States military until 1948, when President Truman ordered the end of segregation in the military. Nevertheless, the Buffalo Soldiers carried their unit’s name with pride no matter the difficulties that they faced due to racial tensions. Booker T. Washington referred to the Buffalo Soldiers as “ambassadors on the front lines of war and visibility of blackness in American culture.”

Thompkins’s marker located at the Presidio at the San Francisco National Cemetery.

Thompkins is interred in San Francisco National Cemetery, located in the Presidio where the Buffalo Soldiers were garrisoned. Please join us in recognizing the service, sacrifice, and Veterans Legacy of Thompkins and all Buffalo Soldiers.