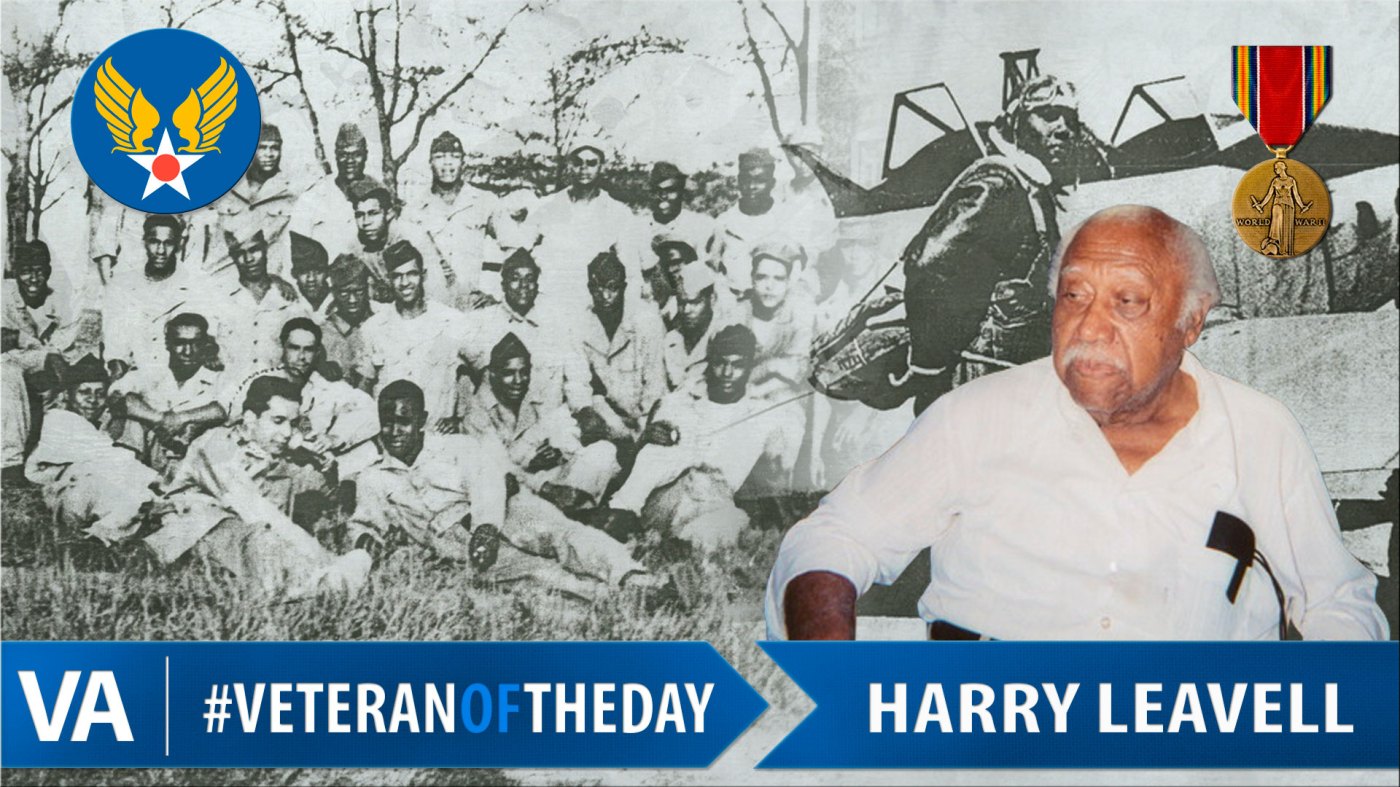 Today’s #VeteranOfTheDay is U.S. Army Veteran Harry W. Leavell. Harry served from 1943 to 1946 and was deployed during World War II.

Harry was born on March 9, 1919 in Richmond, Indiana. He enlisted in the Army Air Corps at age 23 and hoped to become a fighter pilot. Harry left his hometown in August 1943 and completed basic training at Keesler Field in Biloxi, Mississippi. He was sent to Tuskegee, Alabama for three months of flight training with the famous Tuskegee Airmen. Harry later became an aviation engineer and trained at Greenville Army Air Base in Greenville, South Carolina.

In May 1945, Harry was assigned to Guam. He was tasked with gathering supplies and setting up camp for his battalion. Harry was soon promoted to first sergeant and became his unit’s mess sergeant. While in this role, he brought food to native villagers.

Harry returned to the United States in February 1946 and was honorably discharged at Camp Atterbury, Indiana. Following his military career, Harry attended Earlham College in his hometown. He received a research grant from the government to carry out experimental research on how to best educate and teach mentally disabled children. Harry graduated with a bachelor’s degree in psychology and worked as an insurance salesman, therapist, business owner and historian.