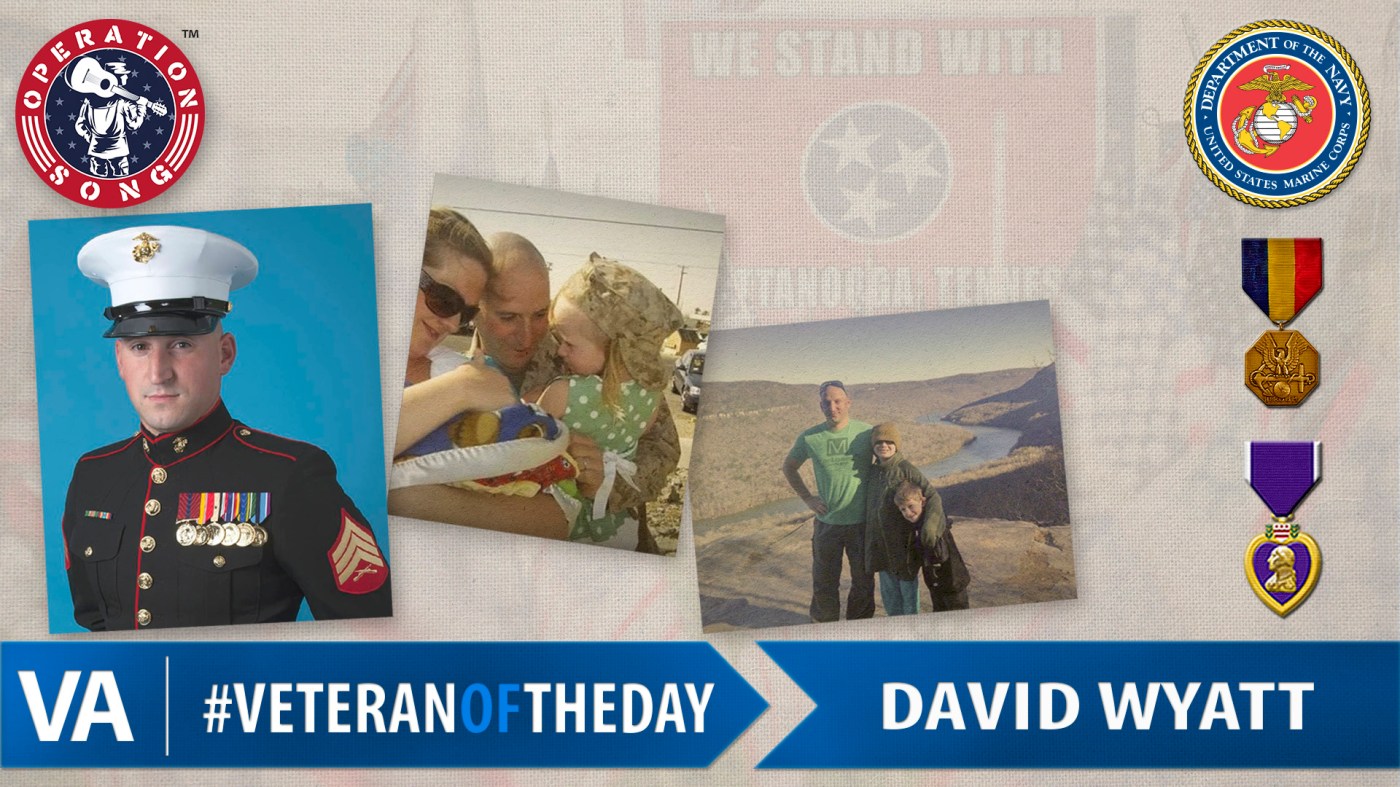 I’ll always see you through the Chattanooga Rain

On July 16, 2015, the Navy Operational Support Center Chattanooga was attacked. Four Marines and one Navy sailor were killed. Among them was Staff Sgt. David Wyatt. David’s wife, Lorri, worked with Operation Song to write a tribute to her husband, “Chattanooga Rain,” while working through her grief.

He loved his country, his friends and family, his brothers in the Corps, his kids and me

David joined the Marine Corps in 2004 and served as a field artillery operations man. He served two tours in support of Operation Iraqi Freedom and one tour for Operation Enduring Freedom. Upon returning home, he was assigned to the base in Chattanooga as part of the Mike Battery, 3rd Battalion, 14th Marine Regiment.

At the time of the attack, David was the first to call the police. He then helped Gunnery Sgt. Thomas Sullivan move personnel to safety. David also instructed his junior colleagues to move the children playing at a nearby park to safety.

David was awarded the Purple Heart and the Navy and Marine Corps Medal for non-combat heroism.