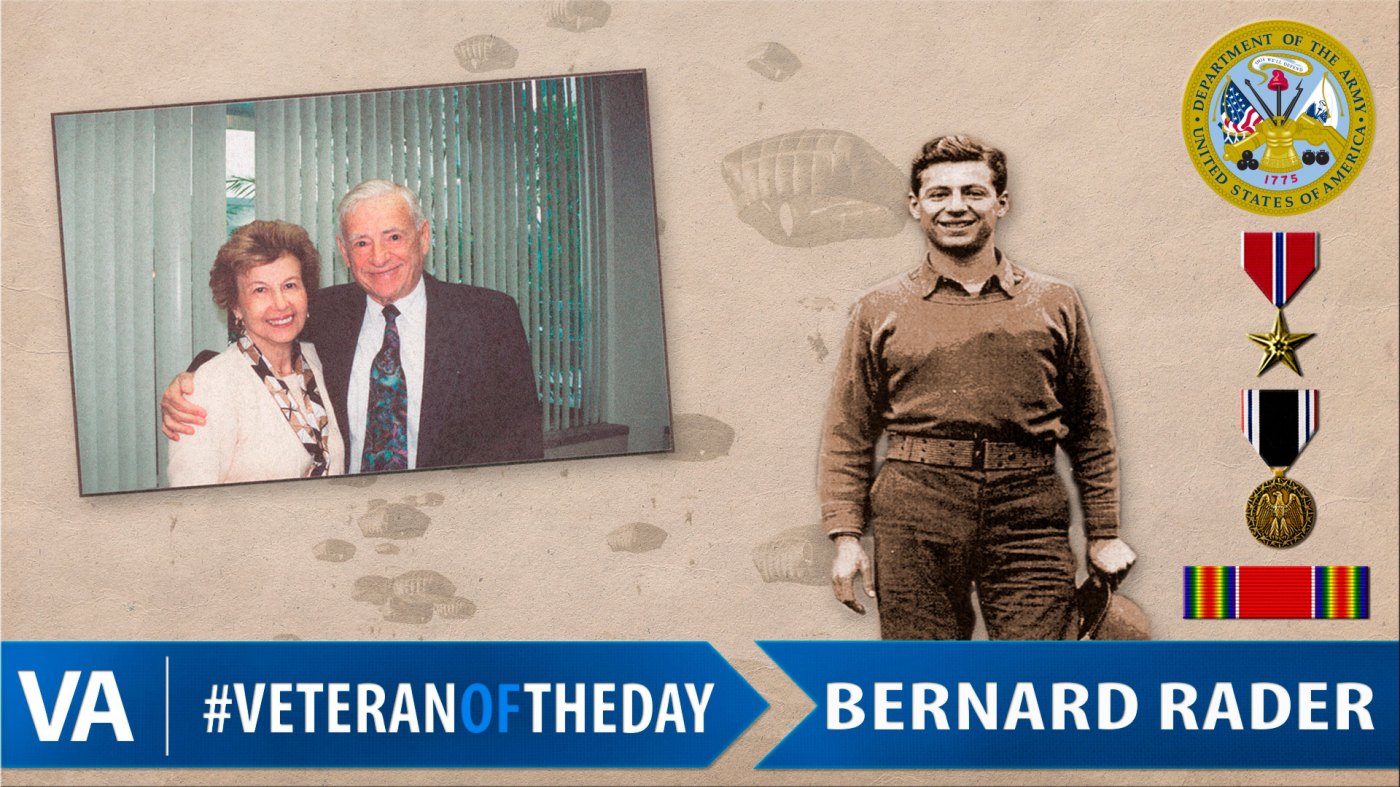 Bernie was drafted into the Army in May 1944 and completed basic training at North Camp Hood, Texas. He went on to complete advanced training to be rifleman at Fort McCain, Mississippi, and served with the 94th Infantry Division, 301st Infantry Regiment, and Company K.

In September 1944, Bernie was deployed to Europe and served alongside Patton’s Third Army in German-occupied France. On Oct. 2, 1944, Bernie was taken prisoner by German forces during an ambushed mission to recover German soldiers believed to be surrendering. He was injured in the attack and was treated at Lorient Hospital while he was held captive. German and Allied forces came to negotiate a trade between their detainees, and Bernie was released after two months under German custody alongside 78 other American soldiers. He was honorably discharged from the military in January 1946.

Bernie was awarded the Bronze Star Medal. He went on to finish school at the Community College of New York and became a certified public accountant. Bernard and his wife June currently still live in Freeport, New York; they have three kids and seven grandkids.

Thank you for your service, Bernie!