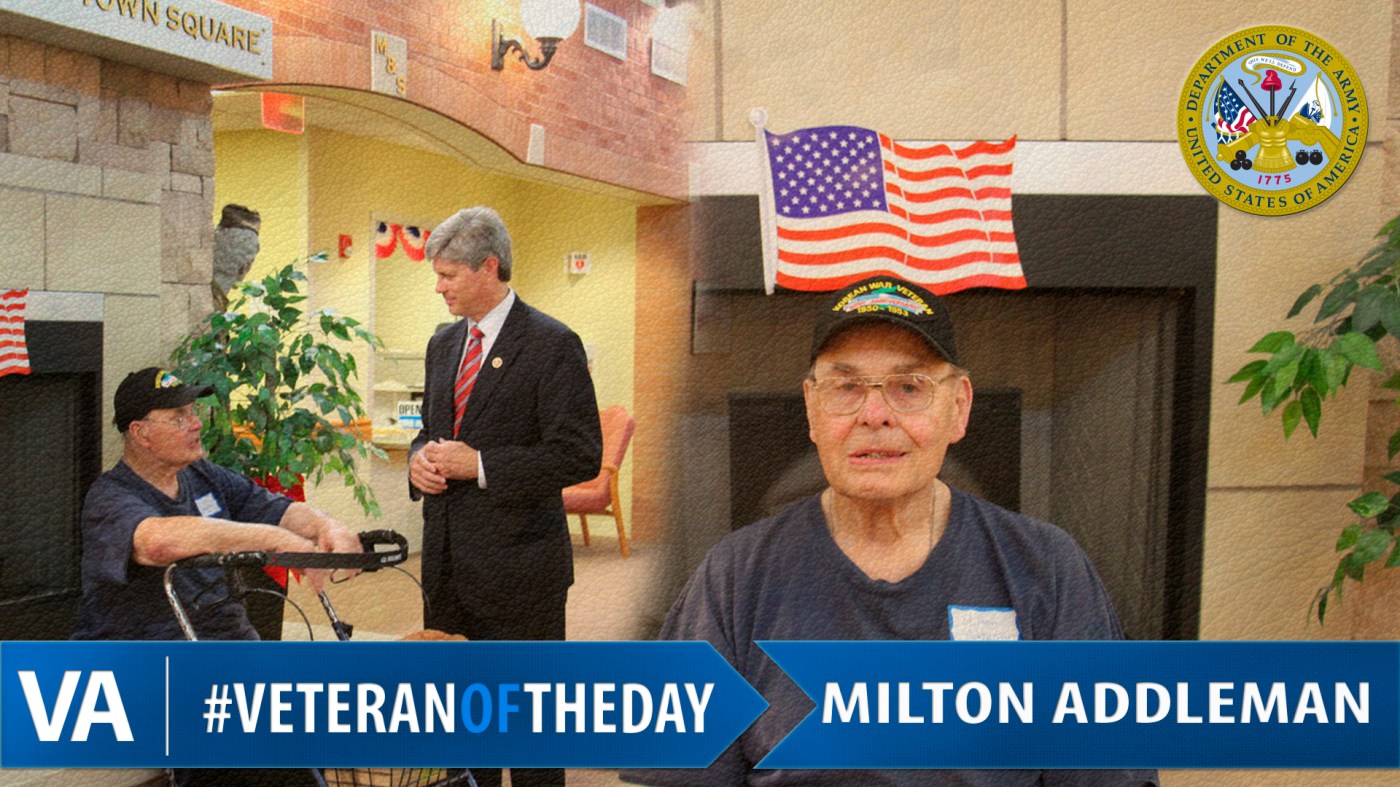 Today’s #VeteranOfTheDay is Army Veteran Milton Addleman. Milton served during the Korean War from 1952 to 1954.

Milton was born in November 1930 in Springfield, Nebraska. At the age of 21, he received his draft letter. In his Veteran’s History Project interview, he recalls that he was happy for a while after receiving the letter, but then grew nervous to join the war.

As a Corporal in the 28th Infantry Division, Milton was stationed in Germany for 2 years, where he served as a medic.

Following his service, Milton got married and continued to live in Sarpy County, Nebraska.