Home / Guest Posts, Honoring Vets / From Normandy to the “great rest,” WWII Screaming Eagle recalls service, camaraderie on and off the battlefield

From Normandy to the “great rest,” WWII Screaming Eagle recalls service, camaraderie on and off the battlefield 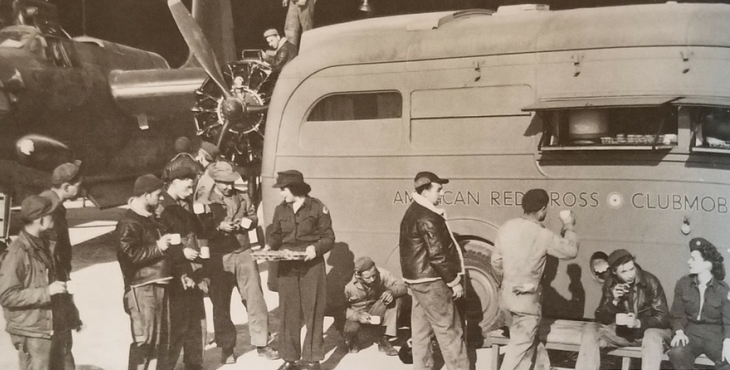 Army Pfc. Lawrence Boudreaux served his country with honor, bravery and distinction. Born March 10, 1922, in rural Church Point, Louisiana, he lived in the small farming town until he was drafted into the United States Army on Feb. 9, 1943.

He was only 20 years old at the time he was sent to Fort Sill, Oklahoma, for training.

Upon graduation, Boudreaux was assigned to the 101st Airborne Division. The 101st — or “Screaming Eagles” as they are known — are a specialized light infantry division of the Army. These soldiers are trained for air assault operations and are considered a potent and tactically mobile division.

In 1944, the now 21-year-old Boudreaux was sent to Liverpool, England, with his brothers in arms from the 101st. They were housed in a horse stable where they trained for war.

The Screaming Eagles specifically trained for the invasion of June 6, 1944 during their time in Liverpool. On June 8, Boudreaux and his division were on the beaches of Normandy. Of the 15 Soldiers that got off that boat with him, nine ended up getting sent back to England for medical treatment due to the injuries they sustained during the invasion.

When recalling that day, a modest Boudreaux says all he ended up with was some shrapnel and a hurt leg. His service records, however, show that he was later awarded both a Purple Heart and a Bronze Star for his bravery on the battlefield.

To him, the six soldiers that were also hurt, although “not bad enough to be sent back,” are the true heroes. They had to stay with their unit and press on while he was being treated for his injuries.

Boudreaux recovered and was sent back to his division to train in September where they prepared for the Battle of Aachen, which proved to be one of the toughest urban battles of World War II.

The 101st spent 73 days on the front lines. Those were “sad times,” says Boudreaux. “We saw a lot of bad stuff over there.”

He quickly moves on from those days and recalls some fond memories of his time in the military. He specifically loved the “great rest” they had in Mormoiron, France while on leave. The village of Mormoiron is a small village located in the south east of France. Boudreaux says they all enjoyed themselves there.

On Dec. 4, 1945, Boudreaux was honorably discharged from the Army with only the clothes on his back and the memories that would last him a lifetime.

Among those memories is the distinction of having earned the Croix de Guerre from the Kingdom of Belgium. The citation reads:

“Through its splendid resistance from Dec. 22 to 27, 1944, when at the height of the battle of the Ardennes and completely isolated, It held the key position at Bastogne, the 101st Airborne Division United States Army with attached units caused the failure of the enemy penetration into Belgium and served as pivot for the counter-offensive operations which liberated the invaded territory. During these operations, through their courage endurance, discipline, fighting skills, holding back unceasing attacks made by elements of eight German divisions, despite rare and difficult supplies, these troops and their commanders have written one of the most beautiful pages in military history and have gained, with the admiration of the world, the eternal gratitude of the Belgian people.”

With all that he saw, Boudreaux says he would go back and do it over alongside his brothers-in-arms. When asked if he would recommend military service to today’s youth, he says, “it depends on the situation,” because that type of life in not for everyone.

He came back home to Church Point, Louisiana, and farmed for the next eight years. Once he had enough of farm life, he moved to Welsh, Louisiana, and started working part-time as a patrolman. Boudreaux worked his way up the Welsh Police Department ranks for the next 13 years of his life. He even served as the Welsh police chief for five of those years. “I loved it,” he says.

The only thing he loved more was his wife of 68 years, Loudia “Lulu” Broussard Boudreaux. They met at a dance in Mermentau, Louisiana, and kept dancing together until she passed away  Nov. 30, 2017.

Boudreaux says that is how he ended up at the Southwest Louisiana Veterans Home. He was alone and looking for a new home. “I love it here,” he says with a smile.

And, the Louisiana Department of Veterans Affairs is proud to play a small part in this next chapter of Boudreaux’s life.