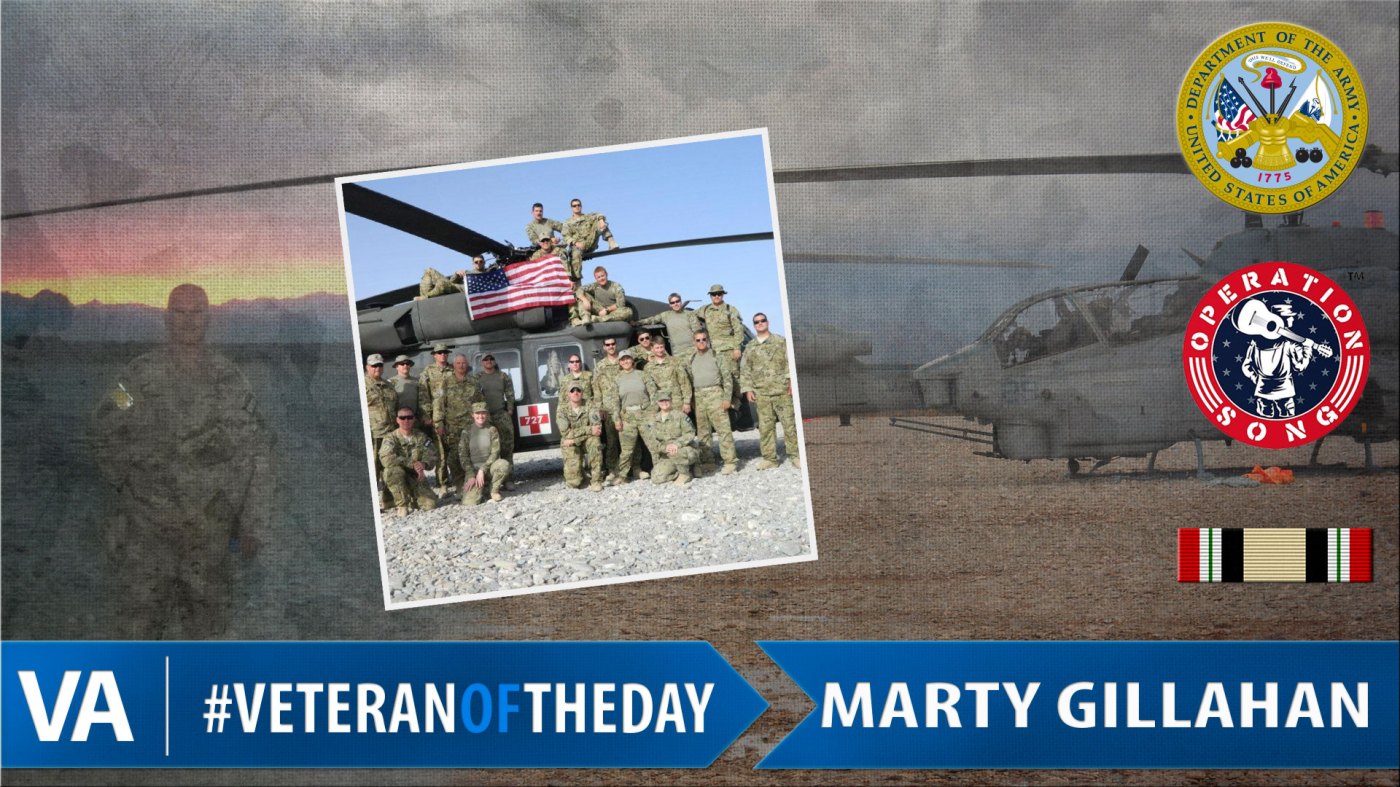 Today’s #VeteranOfTheDay is Army Veteran Marty Gillahan and his #OperationSong, “Medevac”. Marty served for 28 years and retired in 2015.

Marty was born and raised in Nashville, Tennessee, and attended high school during the Vietnam War. He and several friends decided to enlist toward the end of the war, and Marty joined the Army in March 1974 at the age of 17. He served two separate stints, the second of which was with the National Guard. Marty spent much of his career as a helicopter crew chief and was tasked with ensuring his helicopter was mission ready.

Marty deployed to Iraq in the early 2000s and flew missions transporting troops and supplies in 2004 and 2005. He then received medical training and became the crew chief of a medical evacuation, or medevac, helicopter in 2005. His crew helped wounded soldiers and service dogs get medical attention and transported them from the battlefield to their base. Marty and his crew were constantly on call and all of the medevac helicopters were often in action at once. He credits the Marines for providing protection for medevacs and therefore helping to complete missions.

Marty found that he had a difficult time adjusting to civilian life after retirement and was uncomfortable talking about his experiences. He teamed up with Operation Song, though, after seeing how much it helped a friend of his after his military career. Marty’s song details the difficulty and importance of the medevac missions as well as the lasting impact of seeing so many wounded soldiers. He believed that being around other Veterans and the Operation Song staff gave him people to relate too and form a bond with, making it easier to discuss his service and giving him the opportunity to tell his story. Marty says the program helped him find happiness following his retirement.

You can listen to his song on SoundCloud here: https://soundcloud.com/operationsong-tm/medevac

Thank you for your service, Marty!