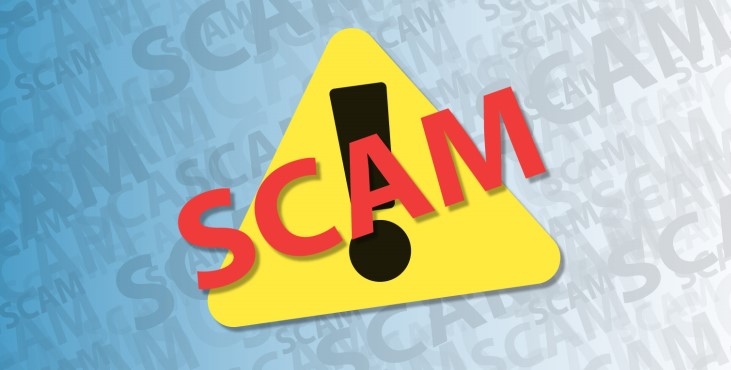 The U.S. Postal Inspection Service, and its partner AARP, are warning former and current military members about scams aimed at Veterans. Recently, as part of Operation Protect Veterans, we introduced some of the many ways swindlers and con artists target former and active military members. In this article, Postal Inspector, Marc Ewing, highlights two schemes in particular: the fake charitable giving request and the Veterans benefit or pension buyout.

According to AARP’s Fraud Watch Network, bogus charities that claim to benefit Veterans are a proven strategy for scammers, especially when targeting patriotic older donors. Scammers often use names that sound like authentic organizations when soliciting contributions. The criminals behind these fake charities know Veterans share a bond of honor, and they use that bond to manipulate and defraud. One such scammer, convicted and currently under appeal, operated two fake charities, pocketing the donations his victims thought were going to Veterans. Then he stooped even lower and used the personal information on the checks to steal donors’ identities and take even more cash.

Whether you’re a Veteran (active or retired), a family member of a Veteran, or a civilian who simply appreciates what Veterans have done serving their country, keep your guard up when encountering solicitations for charities with the word “Veterans” in the organization’s name or mission statement. Before donating, verify the charity’s name and their reputation. Use sites such as the Wise Giving Alliance, operated by the Better Business Bureau, or Charity Navigator. You can also contact the state agency that regulates charities where you live.

Donors also should have a clear understanding of how their donations will be used. Just because the word “Veterans” is in the name of a charity doesn’t mean Veterans or their families will get any benefit. For example, telemarketers’ consulting fees are often counted as “program” services. Look closely at the amounts a charity actually spends on programs that directly benefit its intended recipients. Reputable and effective nonprofits spend at least 75 percent of their expenses on program services and no more than 25 percent on fundraising and overhead, according to charity watchdogs. You can research charities at sites like CharityWatch, a nonprofit that analyzes the financial statements of charitable organizations and uses a scale from A+ to F to rate nonprofits based on their financial transparency and spending habits.

Many Veterans depend on a pension to cover day-to-day as well as occasional unexpected expenses, such as health emergencies or home repairs. In a pension advance, a company pays the pension holder a lump sum (usually far less than the pension is worth) in exchange for a portion or all of the future pension payments. This can be an attractive arrangement to some retirees, especially those facing temporary hardships or financial challenges that need to be resolved quickly. But though pension advances may seem like a “quick fix” to financial problems, they can eat into or even deplete your retirement income when you start paying back the advance plus interest and fees.

More often than not, a pension advance is a raw deal. Pension advance companies deliberately target government retirees with pensions and typically charge high interest rates and fees for an advance. One representative from the Consumer Financial Protection Bureau said: “We’ve heard from Veterans paying interest rates as high as 106 percent.” Former service members should especially be on guard, because many of those shady companies use patriotic-sounding names or logos and even claim they are endorsed by the VA as a way of enticing potential customers.

If you or a loved one is considering a pension advance, consider your alternatives. According to the Consumer Financial Protection Bureau’s Office for Service Members, a financial coach or credit counselor can help you weigh your options. To get started, contact the Financial Counseling Association of America (800-450-1794) or the National Foundation for Credit Counseling (800-388-2227).

Here are three things service members can do to protect their retirement pension:

You can also get a printer-friendly version of this information to share with friends who are considering pension advances.

Whether you’re thinking about giving to a Veterans charity or have been offered a cash advance of your pension, use extreme caution. Both of these decisions will likely be charged with emotion, but be smart and do some research before giving up anything. Scammers are determined to get their hands on your money or any personal information that might give them access to your money.

If you or someone you know has encountered any military-affiliated scam, you can join the fight by sharing your experiences, good and bad, with our partners at the Fraud Watch Network (877-908-3360).

About the author: Inspector Marc Ewing is a program manager for the Postal Inspection Service’s Mail Fraud program. Ewing previously worked as a fraud investigator in Ft. Worth, Texas, and later Memphis, Tennessee, specializing in investment frauds, pyramid schemes, sweepstakes, and phony business opportunities. He is a former member of the U.S. Air Force and was twice deployed to Saudi Arabia.