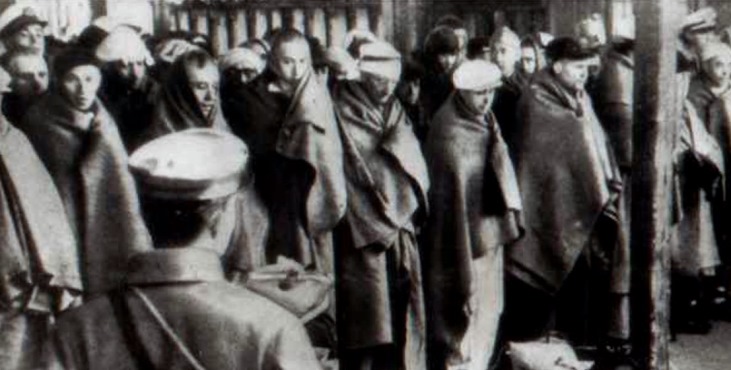 Whatever doesn’t kill you only makes you stronger. For retired Commander Jack Schwartz, that seems to be the case.

For Schwartz, it all started just three days after the Japanese bombed Pearl Harbor. On Dec. 10, 1941, he was a Navy Lieutenant Junior Grade stationed in Guam as a Civil Engineer responsible for the water supply, roads, the breakwater and some construction.

“We only had 100 Marines on the island – about 400 of us total, to include those who worked at the Naval hospital,” Schwartz said. “And there were about 4-5,000 Japanese Soldiers. They sank one of our ships, a mine sweeper, and nine sailors were killed.”

Schwartz said he was held by the Japanese there in Guam for about 30 days.

“There was plenty of food on Guam, but they deliberately starved us to make us weak,” he said.

After 30 days, they were transported by ship – all 400 U.S. POWs to include Schwartz – to Shikoku Island in Japan. They stayed there for about eight months, in some old barracks left over from the Japanese war with Russia, before being moved again.

The next place Schwartz was sent to was Kawasaki, between Tokyo and Yokohama. There were already POW camps and prisoners there when Schwartz arrived to include U.S. service members captured in the Philippines and from U.S. ships.

More than 300 prisoners were there, but just a few were officers, he said.

“I was the senior U.S. officer there so they put me in charge of the camp,” Schwartz said. “As a prisoner, I had absolutely no authority to do anything, but if anything went wrong it was my fault.”

“Every month or two I got a beating by the Japanese guards – nothing too serious – just to show me they’re in charge.”

After two years, Schwartz said he was sent back to Shikoku Island to the same POW camp he was at previously.

“This was a camp for officers – not just U.S., but English and Dutch. This was where the Japanese would invite the Red Cross to show how nice the conditions were,” Schwartz said.

Schwartz would be separated, segregated and moved several times before the Japanese finally surrendered to the Allies on Aug. 14, 1945.

“The day the war with Japan was over, a Japanese officer lined us up outside and told us hostilities have ceased,” Schwartz said. “And he and the other Japanese officers and guards just walked away.”

They made a big sign in white paint on the roof that read POW. After a couple of weeks, a U.S. B-29 bomber spotted us, and a few hours later they started dropping parachutes full of food.

“Naturally we all started stuffing ourselves and got sick.”

Upon release – after being held POW for 3.75 years – Schwartz made the decision he would not end his career with the Navy and instead, he continued to serve for another 18 years.

The CalTech graduate – who was born in San Francisco but moved to Hollywood with his parents at an early age – would eventually retire from the Navy with honors and distinction and move to Hanford, California in 1962.

He then worked for 18 years as Hanford’s Public Works director and city engineer before retiring a second time.

“I still remember my first doctor there at the VA, Dr. Ron Naggar. And Dr. Ivance Pugoy is one of my current doctors,” Schwartz said. “You get a feeling they actually care. They make you feel like you are not just a name. You are a person. They do an excellent job for all the POWs,” he said.

About the Author: Cameron Porter is the public affairs officer at VA Central California Health Care System. He is a retired Army command sergeant major and career public affairs professional with 24 years experience.