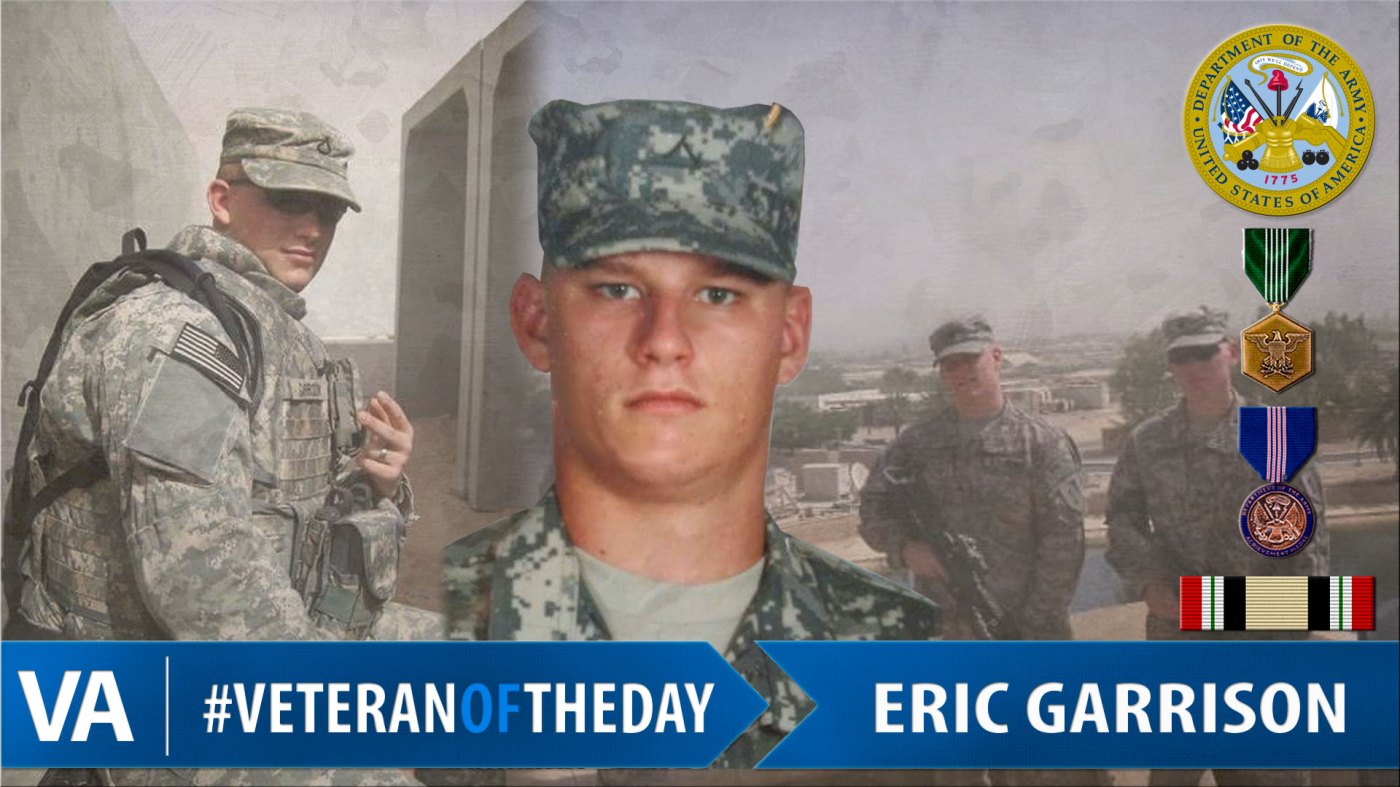 Today’s #VeteranOfTheDay is Army Veteran Eric Garrison. Eric served from 2007 to 2011 during the Iraq War.

He was selected as an honor graduate in basic training.

Eric served as a joint fire observer with Headquarters, 2nd Brigade Combat Team, 1st Infantry Division. He participated in the Iraqi Surge and Iraqi Sovereignty campaigns where he assisted in over 100 fire missions in support of soldiers in the Baghdad area.

For his service, Eric received many awards including the Army Commendation Medal, Army Achievement Medal and Operation Iraqi Freedom Medal with two stars.

Thank you for your service, Eric!