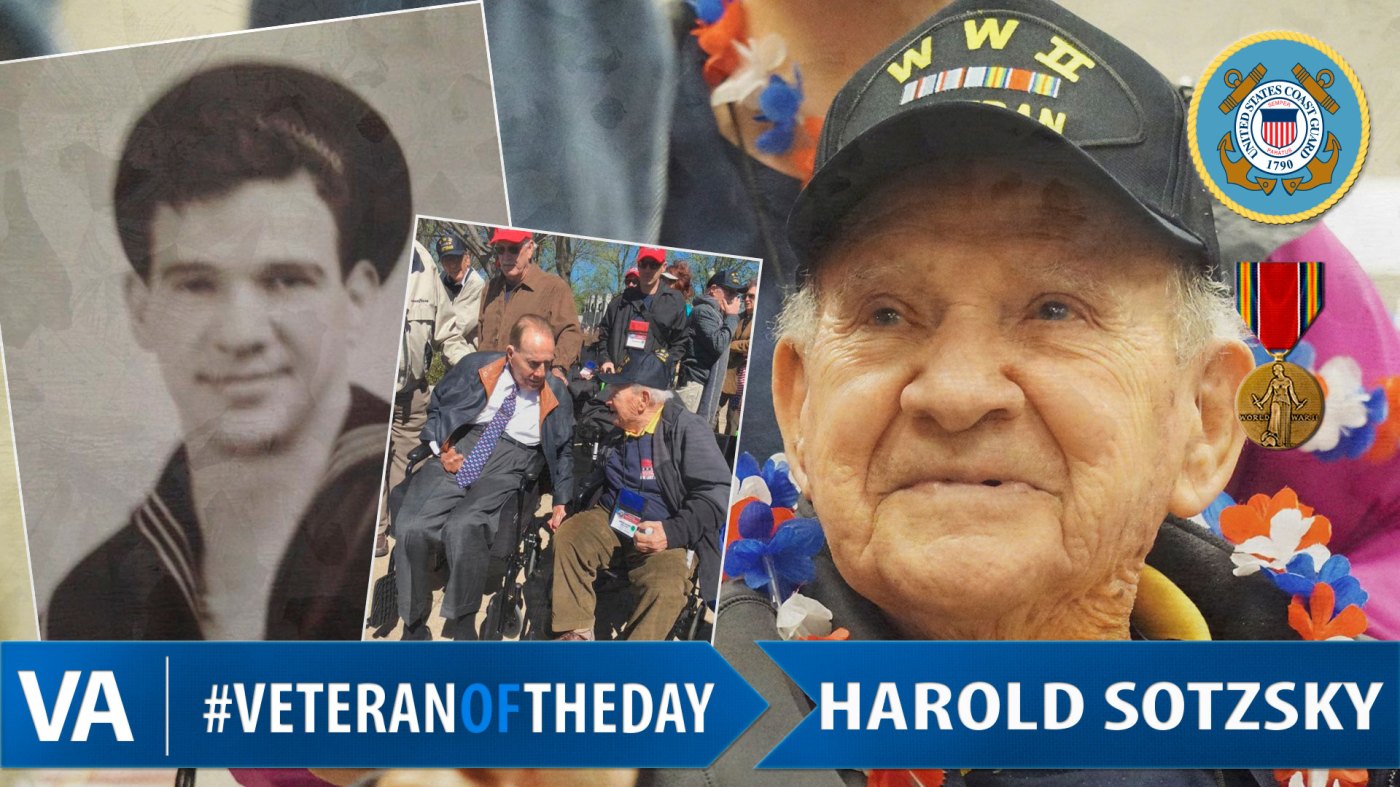 Today’s #VeteranOfTheDay is Coast Guard Veteran Harold Sotzsky. Harold served during from 1942 to 1945 during World War II and attained the rank of Seaman First Class.

Harold was born in Washington, DC, in 1922 and joined the Coast Guard in 1942. He served in North Carolina, India, France and England on a lightship and the troop transport ship USS General A.W. Greely. Harold helped transport troops and wounded women and children away from battle and towards their homes. While on leave with his wife in New York, a soldier walked up to Harold and thanked him for saving his life.

After the hardships of war, Harold was thankful to return to his home. In April 2017, more than 70 years after his service, he participated in a South Florida Honor Flight to Washington, DC, so he could visit the war memorials. Harold described this as a very meaningful emotional experience that felt like a welcome home parade.

Following his service in the Coast Guard, Harold raised a family in Maryland. He worked as a painter, business agent, organizer and vice president for the Building Trades Council for Washington, DC. Harold is now retired in Pembroke Pines, Florida, and enjoys swimming, shooting pool, dancing, and most of all spending time with his family, including many grandchildren and great grandchildren. He will celebrate his 96th birthday on April 26.

Thank you for your service, Harold!