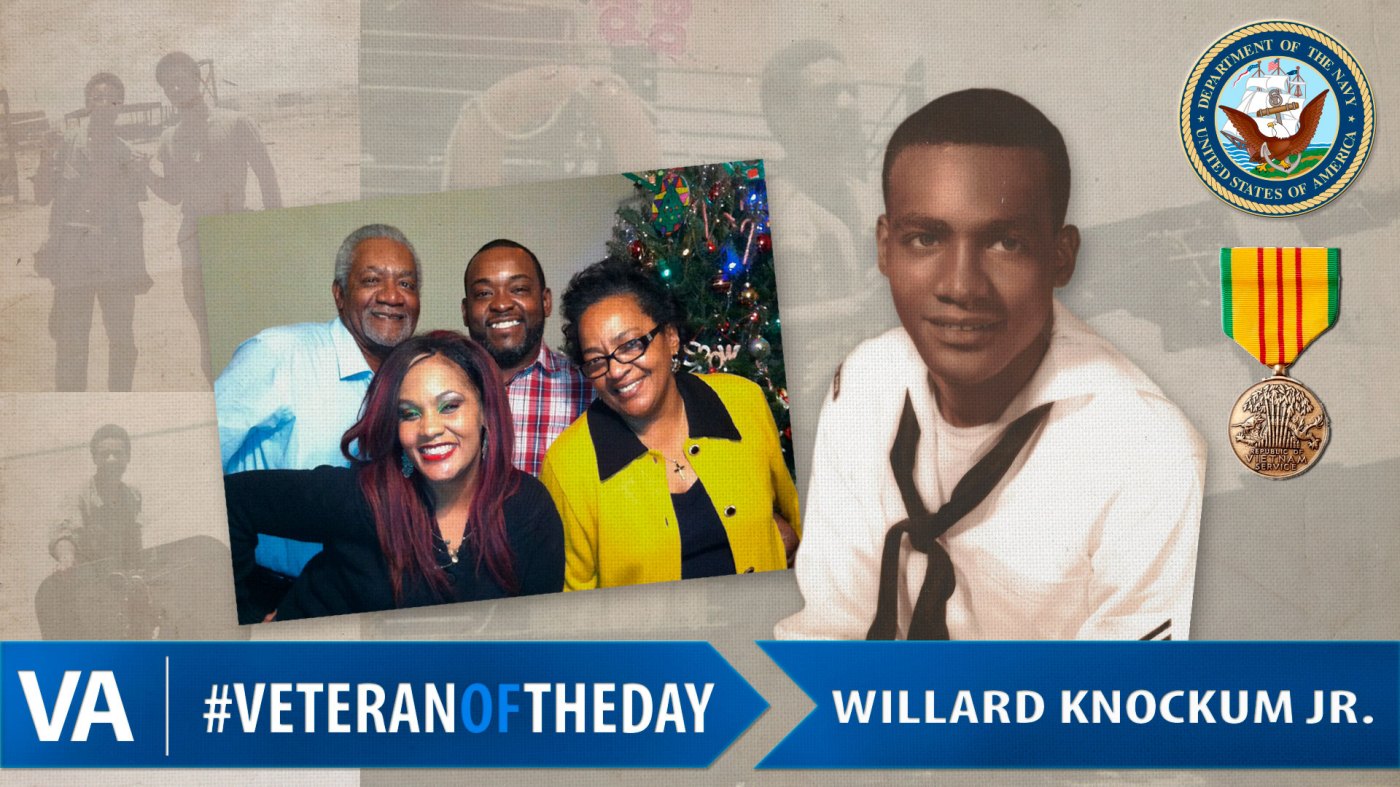 Today’s #VeteranOfTheDay is Navy Veteran Willard Knockum Jr. Willard served from 1964 to 1971 during the Vietnam War.

Willard joined the Navy in 1964. He was trained in counterinsurgency and survival surveillance reconnaissance and weapons at the Marine Base Camp in Pendleton, California. He became a Boatswain Mate, a role that fulfills a variety of tasks such as lookout duty, training and directing maintenance duties, damage control, operating and maintaining equipment and more. Willard also participated in North Atlantic Treaty Organization and anti-submarine warfare exercises.

Willard served on the destroyer USS Fox 779 before he deployed to Vietnam in 1969 during the Vietnam War where he served in Saigon and Dong Tam. He was assigned to Military Assistance Command, a group of assault river boats that patrolled hostile waters around the Army Base at Dong Tam. For his service, Willard was awarded the Vietnam Service Medal and the Republic of Vietnam Campaign Medal.

Thank you for your service, Willard!