Vietnam Veterans inspire others to serve those in need 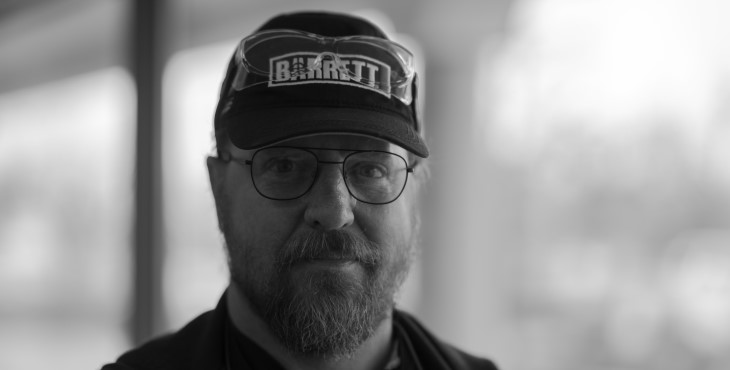 War protesters waited for Ken Pearson’s plane when he returned home from active service in the First Gulf War.

When he stepped out of that plane, what stood between Pearson and those who opposed the military action would inspire him to one day devote time to help build a support network for Veterans in the Pacific Northwest.

“As we came off the plane, in between us and the protesters were Vietnam vets, saying we will not let it happen again,” Pearson said. “At that moment, I said, ‘I want to be them.'”

Pearson and his wife Angela in 2011 joined the Combat Vet Riders, a 501(c)19 non-profit Veterans organization that connects with local Veterans over a mutual love of motorcycles.

It is primarily a financial and interpersonal support network for past, present and future Veterans.

Ken retired from the Army after 25 years and 6 months, having served as a medical readiness NCO. Angela retired from service in the Navy and Army after a collective 17 years, finishing her service as a training and battalion operations NCO.

Ken said their work with Combat Vet Riders provides an opportunity to help fellow Veterans across all branches.

“It’s a different camaraderie when you’re a Vet. It’s family. It doesn’t matter if you served with them or not. It’s brothers and sisters,” Angela said. “With the Combat Vet Riders, we are a huge, extended, sometimes estranged, family.”

Combat Vet Riders members have minimal limitations on the type of service they provide.

They have built porches and ramps for a fellow Veteran who was in a wheelchair after surgery, Ken said.

In the dead of winter, Ken writes checks to pay for Veterans’ energy bills.

Four years ago, a Veteran came back from Iraq and faced hard times. He was in the hospital. His wife was pregnant. They were living in his parents’ basement.

“By the time he got out of the hospital, we had him an apartment, we had it furnished, we had it stocked with food and the baby room already done,” Ken said.

“That’s what he got to come home to,” Angela said.

Ken said their efforts aren’t intended to be grandiose. They’re not looking for fanfare or recognition. They just want to do the right thing for those who have served their country and endured warfare.

“We’re not going to fix it or make it better, but we’re going to help the little bit that we can,” he said. “If everybody helped a little bit, it wouldn’t be so bad.”

He said the organization is an attempt to extend empathy.

“My first combat I ever saw, I was 17 years old. I was messed up. I saw people die. Nobody, nothing prepares you for that,” Ken said.

Sometimes it’s just a conversation the non-profit provides. He said many Veterans just need someone to listen.

It doesn’t matter if a Veteran saw combat or not. Ken said the organization is there lend a hand to any Veteran in the area, if possible.

“I went to combat so my children didn’t have to, and so they were safe … even if [Veterans] didn’t see combat, they stood watch on that wall,” Ken said. “They deserve our help. They deserve our respect. They deserve my respect and my help if I can.”