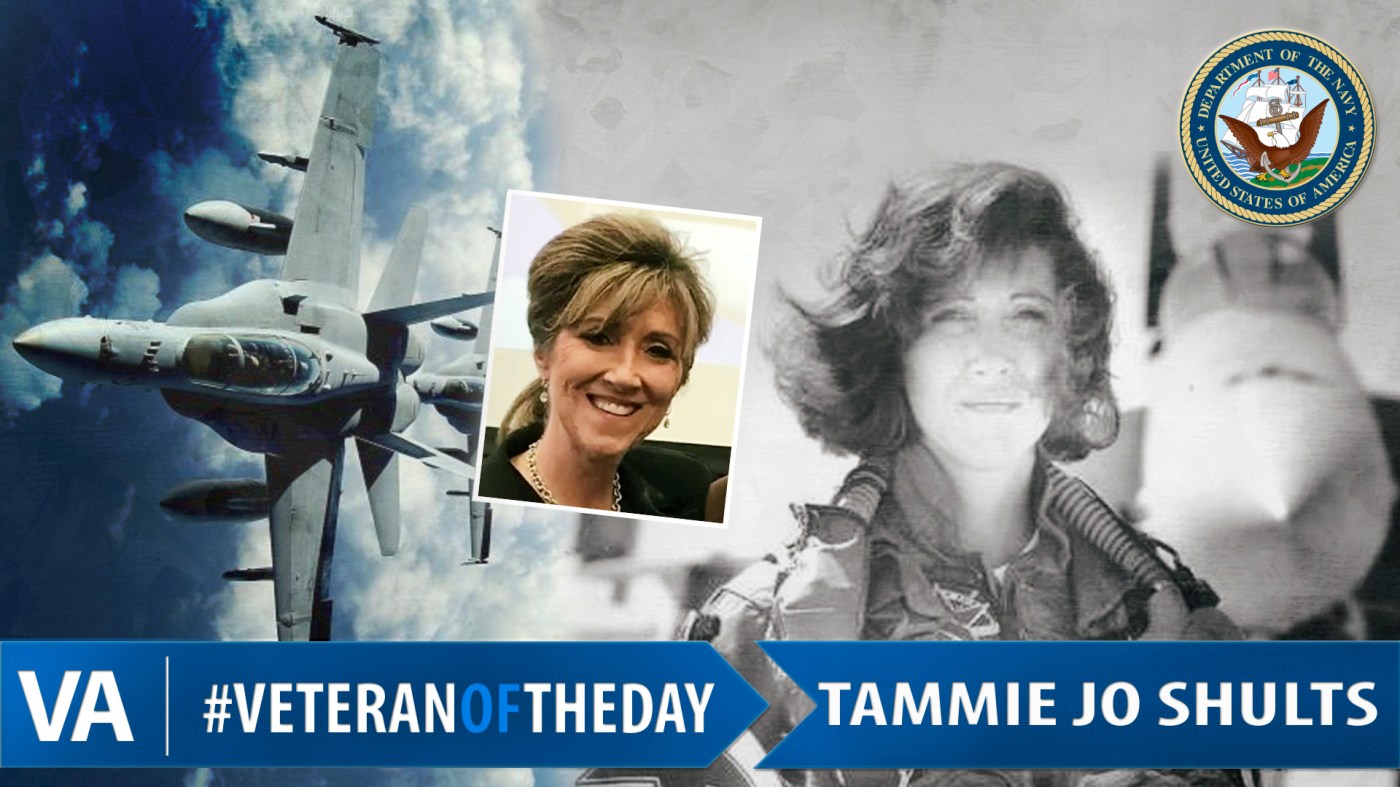 Today’s #VeteranOfTheDay is Navy Veteran Tammie Jo Shults. Tammie Jo served for 10 years as a pilot and earned the rank of lieutenant commander.

Tammie Jo grew up on a New Mexico ranch near Holloman Air Force Base where she developed her interest in flying. She attended MidAmerica Nazarene University, graduating in 1983. A year after taking the Navy aviation exam, Tammie Jo found a recruiter who processed her application. She attended officer candidate school in Pensacola, Florida, and was assigned to a training squadron at Naval Air Station Chase Field in Beeville, Texas. Tammie Jo was an instructor pilot, teaching students how to fly the Navy T-2 trainer. She later flew the A-7 Corsair in Lemoore, California.

Tammie Jo was among the first female fighter pilots for the Navy and was the first woman to fly an F/A-18 Hornet. In 1993, after 10 years of service, she left the Navy.

Tammie Jo completed the successful emergency landing of Southwest flight 1380 at the Philadelphia International Airport on Tuesday, April 17, 2018. The Boeing 737-700 lost an engine, causing shrapnel to strike a window. With 148 people on board, one woman died and seven were injured.

Thank you for your service, Tammie Jo.