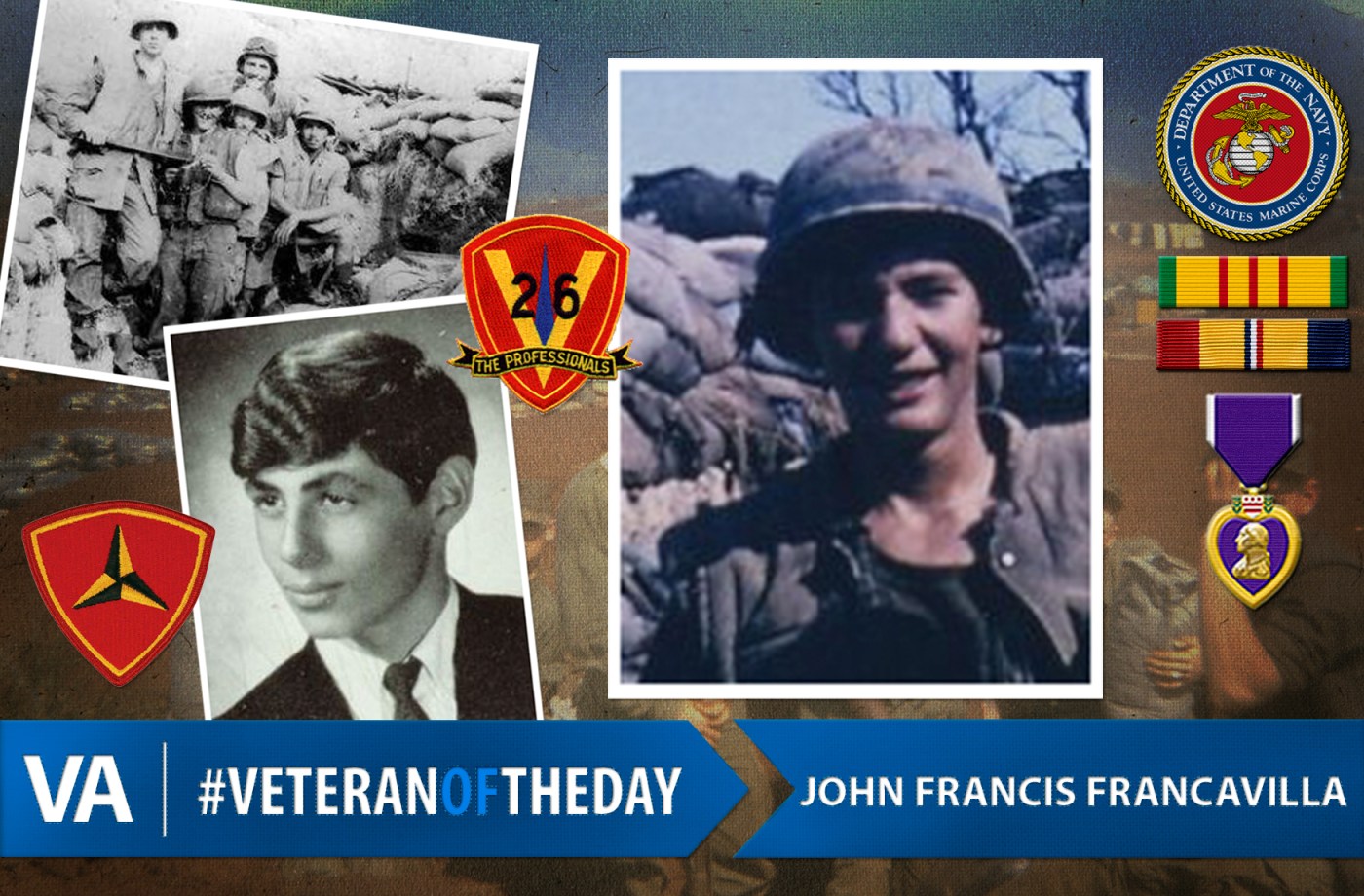 John enlisted after graduating from Renton High School in Renton, Washington. He was killed in action from hostile artillery while serving as a rifleman in Quang Tri, South Vietnam on April 9th, 1968. John was 19 years old. His name can be found on panel 49E, line 1 of the Vietnam Veterans Memorial.

John wrote several poems about his experiences. One reads:

The Crosses stand so straight and tall,
Almost as if nothing happened at all.
I stand here looking all around,
Thinking of the brave men, in this hallowed ground.
Yet why have they died is your question, in mind,
Why did they leave all their loved ones behind?
What thing in man made him come here?
When he still looked forward to many good years.
Perhaps for his Country.
Perhaps for his God.

John’s brother David served in the U.S. Army, retiring as a Colonel and continues to serve in VA’s Veterans Experience Office.

Semper Fi, John. We honor your service and you are not forgotten.