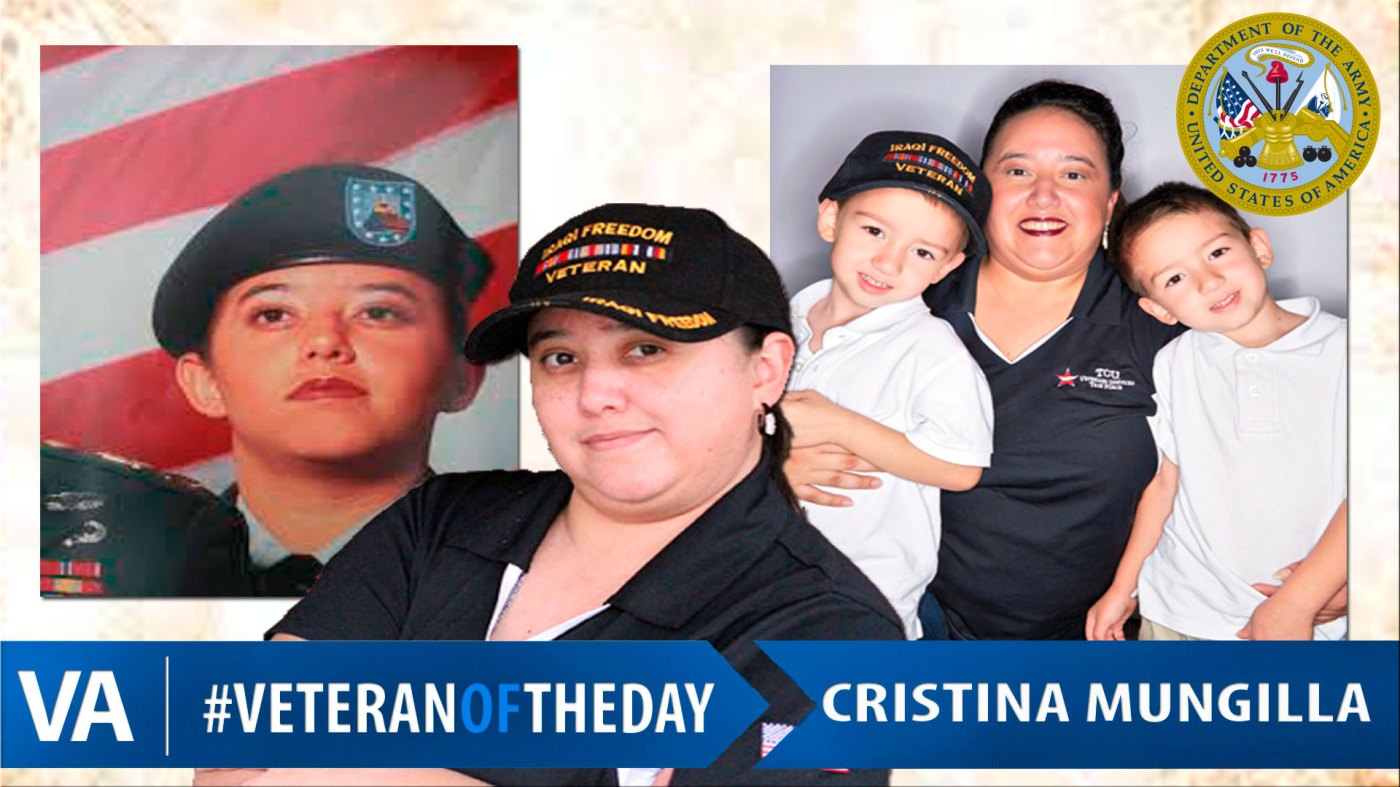 Cristina served with the Texas Army National Guard. She was tasked with supporting, mobilizing and demobilizing many units at Fort Hood for overseas deployments. Cristina also developed office software skills and developed spreadsheets and databases for family concerns, salaries, recruiting and logistics.

After her discharge, Cristina enrolled at Texas Christian University in 2013 to study strategic communications. While enrolled at TCU she also cared for her ailing grandmother, worked as a student liaison with the schools’ Veterans Services task force, served as a vice president of TCU’s toastmasters club and cared for her three children as a single mother. After graduating from TCU in 2017, Cristina moved to Columbus, Ohio and now works for the city’s VA Ambulatory Center.

Thank you for your service, Cristina!