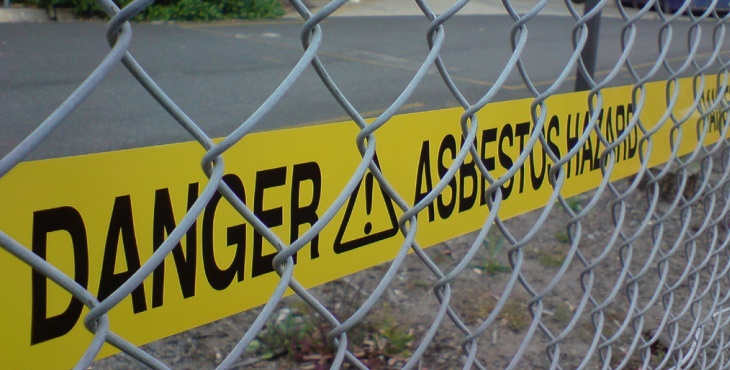 Our service members have continuously made the ultimate sacrifice for years, compromising their safety for the betterment of the nation. While the immediate dangers of combat are well-known and understood, there are a slew of secondary risks associated with serving one’s country that we often don’t see on the surface. Some of these dangers develop years after service and are often a new battle of their own. Perhaps one of the most overlooked hazards some Veterans face is asbestos exposure. The invisible and life-threatening mineral is capable of posing a severe health threat to those who come into contact with it and has been tied to several debilitating diseases, including cancer.

Asbestos is a naturally-occurring silicate mineral that was used extensively throughout the 20th century as an additive in materials and consumer products across a variety of industries. The mineral was especially popular in construction and infrastructure, and could be found in roofing, flooring and insulation products.

Due to its fire resistance and durability, asbestos was also a common material used extensively in military operations, particularly within the Navy. Many ships, especially during the WWII era, contained a variety of asbestos-containing products. The boiler and engine rooms of a ship were particularly dangerous because asbestos was widely used as an insulator.

Veterans who lived and worked in tight spaces aboard ships are more at risk since these areas usually had poor ventilation systems. The cramped spaces enabled airborne asbestos to become concentrated, increasing the level of exposure. Asbestos could also be found in many buildings and homes erected prior to 1980. As a result, Veterans may have been exposed to asbestos at different times in their lives, both at work and in their leisure time at home.

Asbestos has been banned in about 60 countries worldwide but isn’t regulated in others, including past conflict zones like Vietnam.

The mineral is known for its strength and ability to resist high temperatures and chemical reactions, but the rigid fibers pose a serious danger when asbestos-containing materials are damaged. If these products are broken or eroded, fibers may be released into the surrounding air where they can be breathed in. When asbestos is disrupted and the particles are inhaled, they can become lodged inside the body indefinitely. As the particles settle, they may cause irritation and scarring in the linings of organs such as the lungs, heart or abdomen, eventually leading to a cancer known as mesothelioma. The disease slowly progresses through inflammation, irritation and tumor growth, and includes several other symptoms, including chest pain, tightness, and trouble breathing.

Due to the rareness of the disease, as well as the commonality of its symptoms, it is sometimes misdiagnosed until the cancer has progressed into its later stages. The prognosis for mesothelioma patients is grim, as they are generally given a life expectancy of only 12 to 21 months.

While Veterans face many challenges both during and after their service, it is important to remain vigilant about potential asbestos exposure and the dangers it causes. Veterans account for about one-third of all diagnosed mesothelioma cases, so being aware of the disease and its symptoms may help promote early detection and provide patients with the best chance to fight the illness.

Veterans diagnosed with mesothelioma can seek treatment at private cancer centers or at VA-affiliated medical centers which have the capability to treat the disease.  Veterans may also be eligible to apply for disability compensation or health care as a result of illnesses caused by asbestos exposure during service.

About the author: Sarah Wallace is a health advocate for the Mesothelioma and Asbestos Awareness Center.