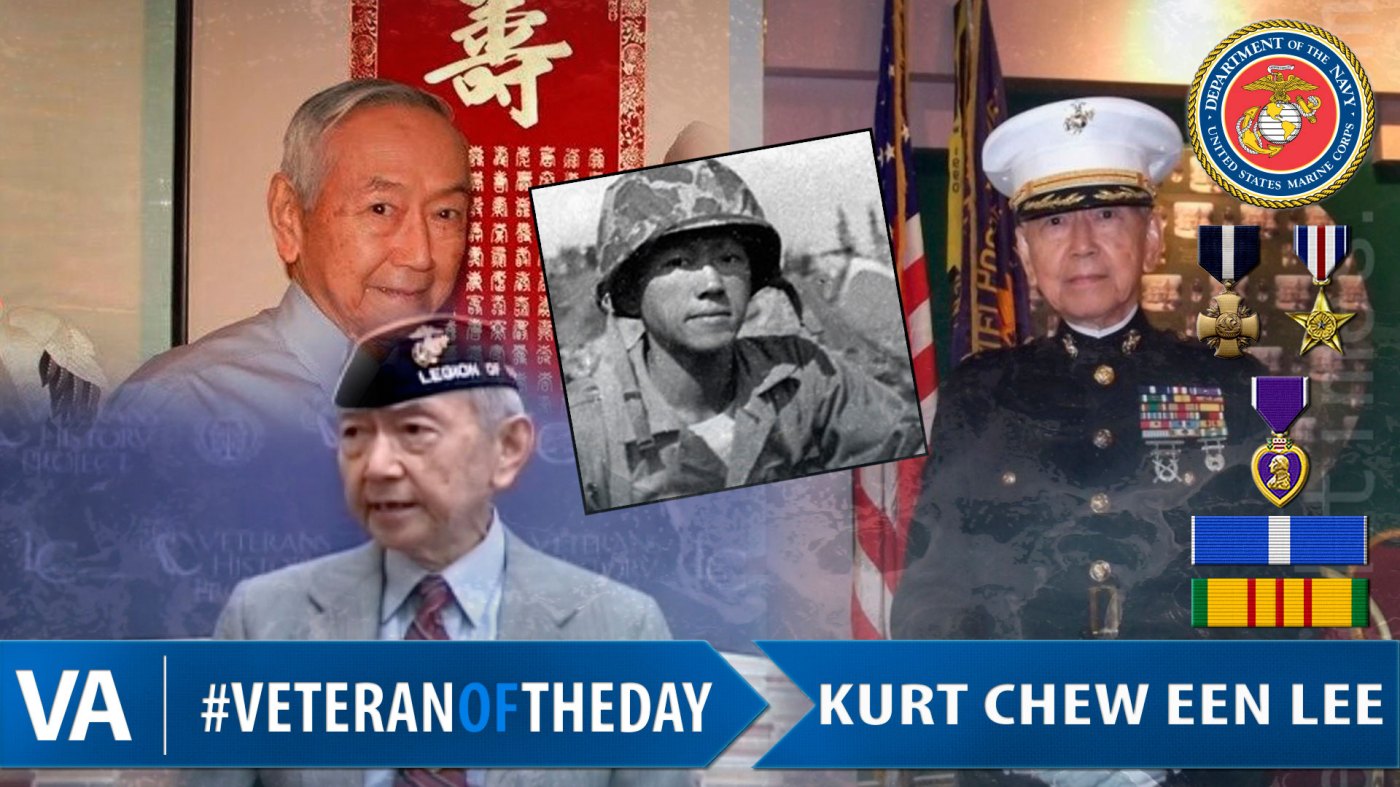 Today’s #VeteranOfTheDay is Marine Veteran Kurt Chew Een Lee. Kurt served from 1944 to 1968 and attained the rank of major.

Kurt was born in Sacramento, California, as the son of Chinese immigrants. He enlisted in the Marines in 1944 at the age of 18 as a language instructor. Kurt was commissioned as a lieutenant, becoming the first Asian-American officer in the Marines despite facing frequent prejudice. He played an instrumental role in the Korean War and earned the Navy Cross, the Marine Corps’ second-highest honor.

Later in the Korean War, Kurt led 500 troops through a blizzard in below-zero temperatures in the Battle of Chosin Reservoir. His unit traveled up a mountain to aid 8000 Marines trapped by 60,000 Chinese troops. Kurt was awarded a Silver Star for his actions and was wounded three times. He went on to serve in the Vietnam War.

Kurt retired from the military in 1968 and worked for New York Life insurance and the National Rural Electric Cooperative Association. He passed away in March, 2014 at the age of 88.

We his honor service.