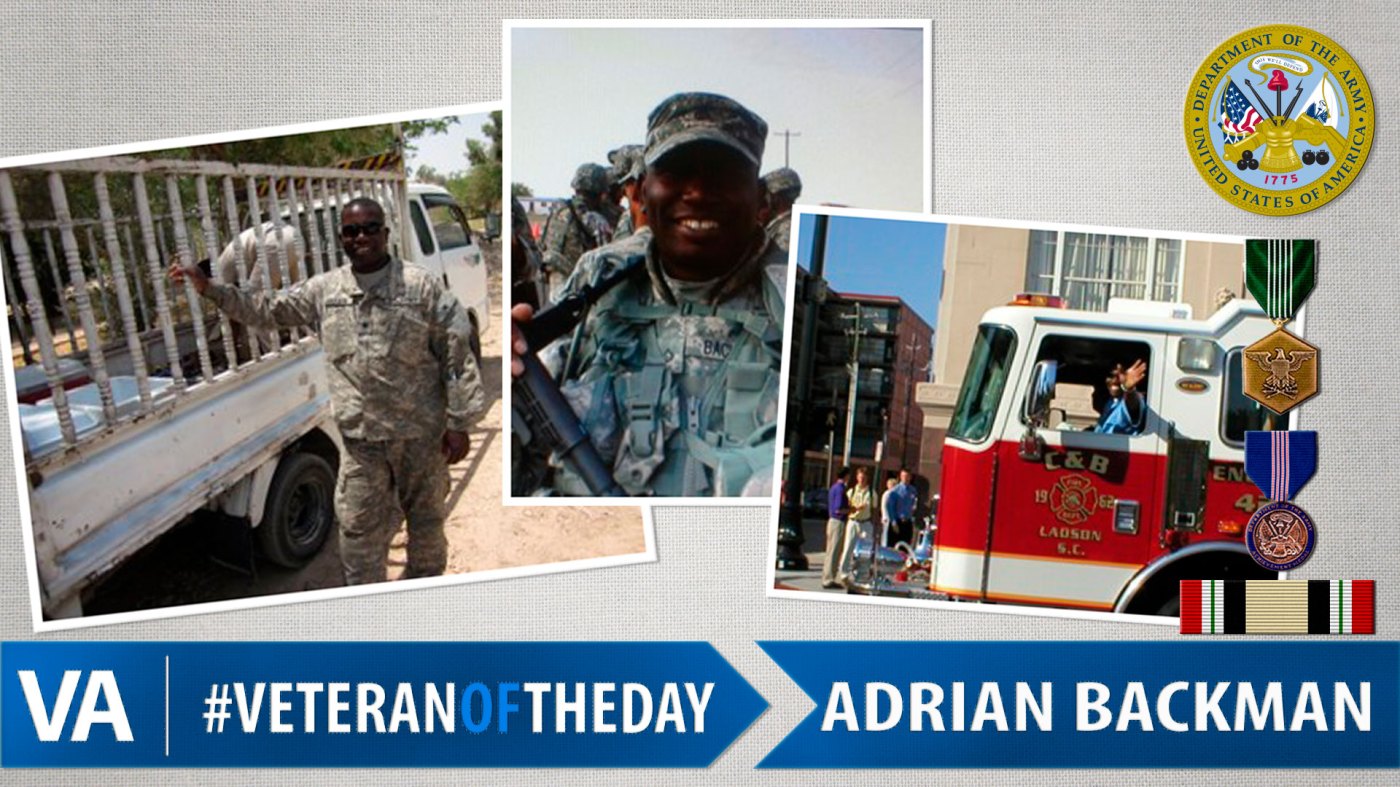 Today’s #VeteranOfTheDay is Army Veteran Adrian R. Backman. Adrian served from 2009 to 2012 during the Iraq War. He attained the rank of sergeant.

Adrian was deployed to Iraq for Operation Iraqi Freedom from 2009 to 2010 at the start of his military career. After he returned to the United States, Adrian served with the Texas National Guard in Houston, taught criminal justice classes, worked part-time as a security guard and full-time as an accountant. While in Houston, he suffered a stroke and retired from the military.

Earlier this year, Adrian joined the board of directors for the Favor Foundation, a charity he and his wife cofounded with others in Charleston, South Carolina. The Favor Foundation provides food, clothes and other resources for Veterans and active military members in crisis. Adrian serves as the organization’s chaplain and has pushed past his stroke, lung disease, and PTSD to continue being involved in his community.

For his service Adrian was awarded the Army Commendation Medal, Army Achievement Medal, and the Iraq Campaign Medal.

Thank you for your service, Adrian!