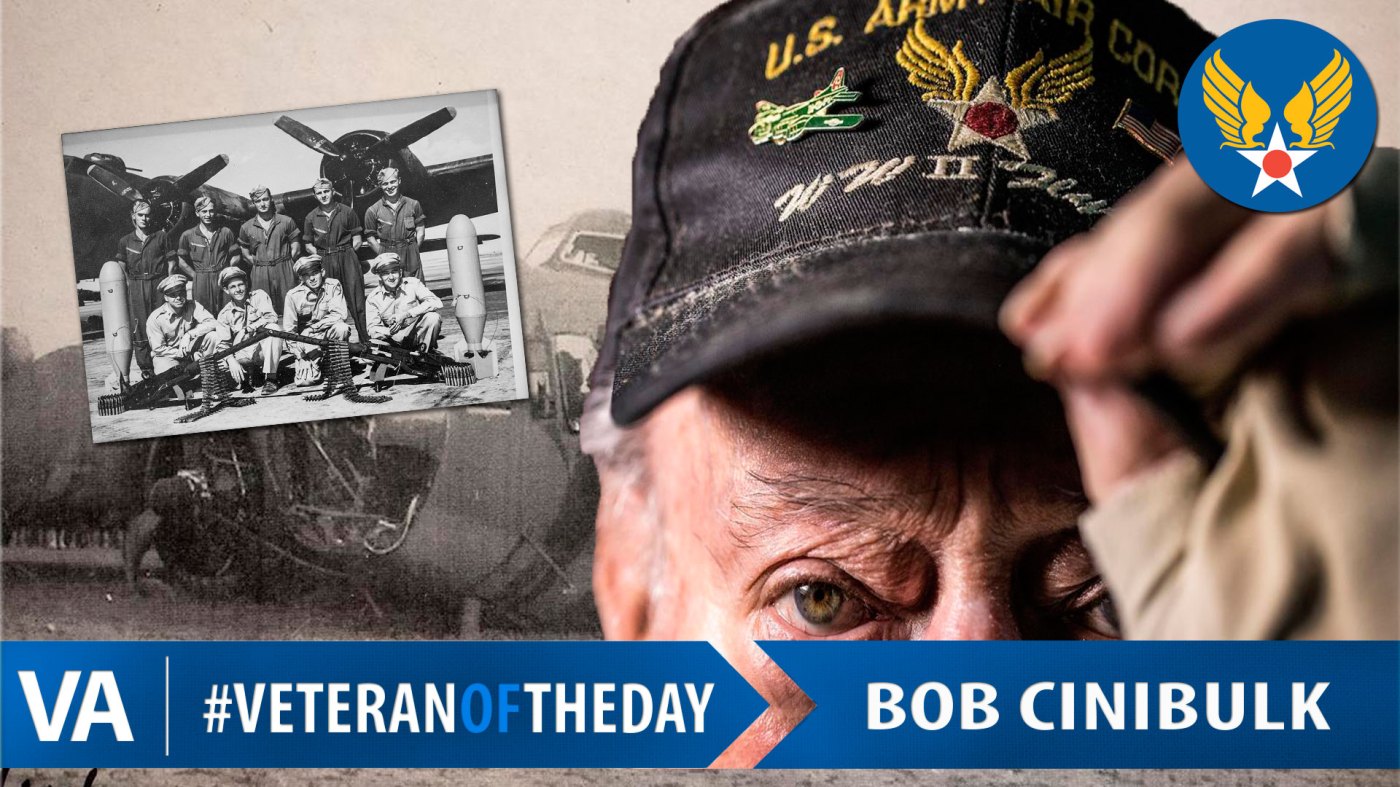 Bob was born in Brooklyn, New York and raised in Pennsylvania. He joined the Army Air Corps after the attack on Pearl Harbor. Bob attended flight engineer school and served with the 8th Air Corps, 305th Bomb Group, 364th squadron.

Bob was a staff sergeant at 21 years old and served as a waist gunner aboard a B-17 Flying Fortress called the “Lazy Baby”. October 14, 1943, on his seventh mission, his aircraft was shot down near Aesch, Switzerland. This day was known as “Black Thursday”, with 69 bombers being shot down, with ten men onboard on each ship. The nose of Bob’s plane was hit by German fire and two of the three engines, the third catching fire. Nobody onboard knew to bail out due to the bell not responding, leading to the death of some crewmen. Bob was responsible for saving the bombardier, as he carried him on his back out of the aircraft. Later on, officials discovered an unexploded 88 mm shell lodged below the radio room where Bob took cover during the crash.

Bob was at the camp for nearly a year before leading himself and seven others to escape. While escaping, the others were recaptured and Bob was shot. After being tended to by locals, Bob contacted his authorities and planned a rescue at Lyon, France. The mission was successful and Bob returned to England. He now resides in Virginia Beach.

Thank you for your service, Bob!