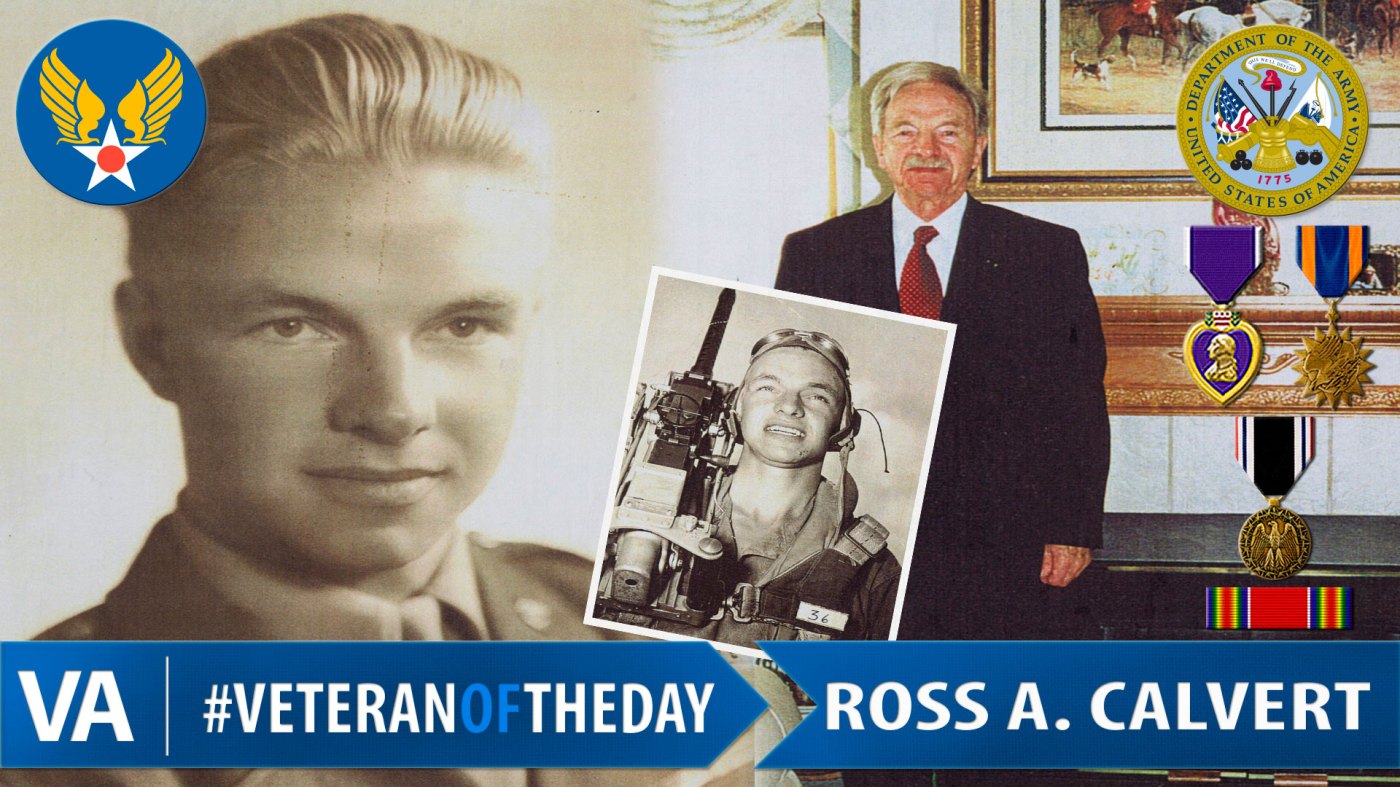 Ross served as an aerial gunner from 1942 to 1945 during World War II. In March of 1943, Ross was stationed at a base in England with the 8th Air Force. In his memoir, he described that his most successful mission was when his group hit an important industrial target in Huls, Germany.

On his 13th mission, Ross’s plane was struck down by German fighter planes. Ross and two crew members were left floating in the North Sea for seven days with nothing but the outside shell of a ripped raft. Ross had lost about 40 pounds by the time a German flying boat found them. After an interrogation, he was taken to a flea-infested Prisoner of War camp called Stalag 7A. Three months later, all American airmen were transferred to Stalag 17B, near Vienna, Austria. During his time at these camps, the Red Cross provided him with the majority of his food which he described as “the difference, in the long run, between life and death.”

In April 1945, the POWs were relocated as Russian soldiers drew near. The next month, Ross marched about 185 miles from Austria into Germany. Shortly after, units of General Patton’s 13th armored division liberated them.