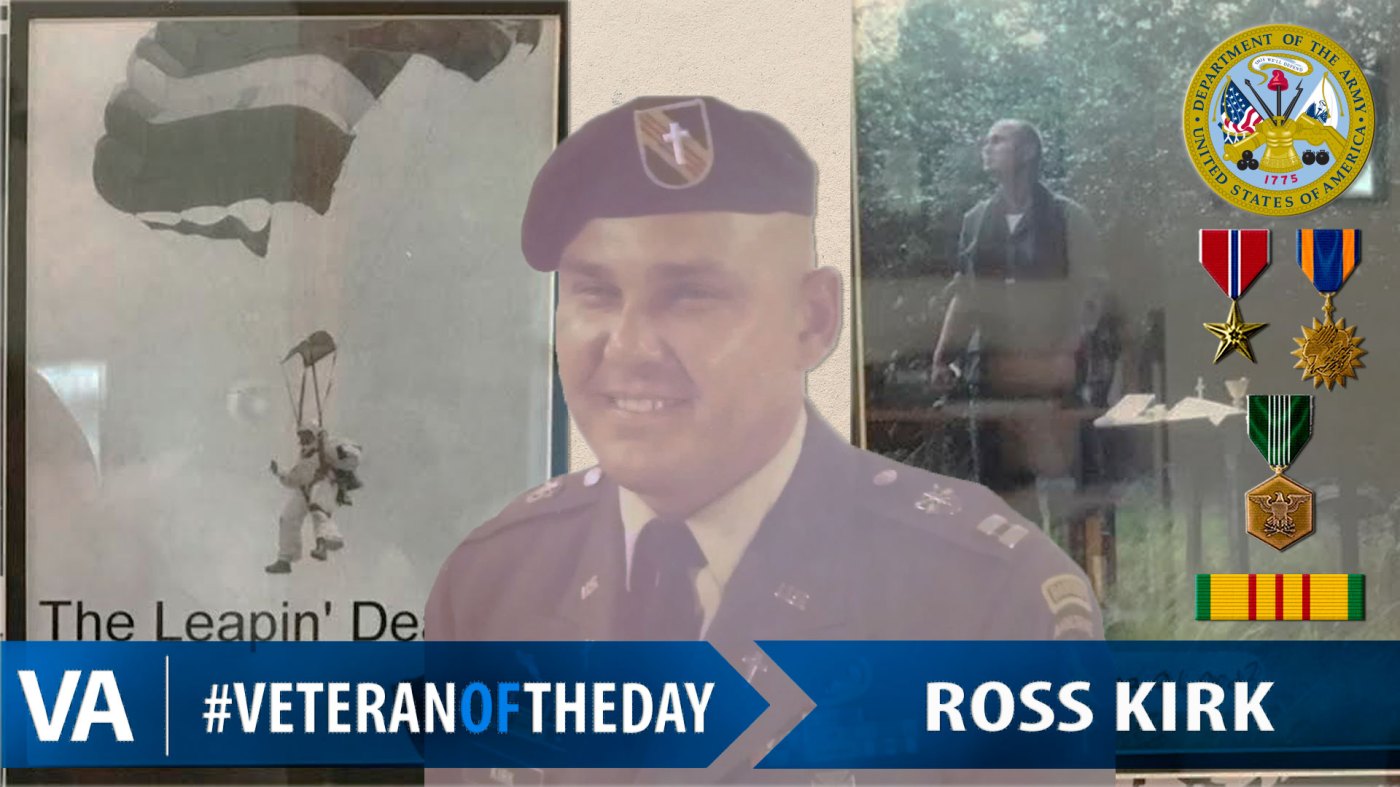 Today’s #VeteranOfTheDay is Army Veteran M. Ross Kirk. Ross served for 28 years and retired in 1988. He attained the rank of lieutenant colonel.

Ross served two tours in Vietnam with the 4/39th Infantry Battalion, the 9th Infantry Division and the 5th Special Forces Group with the Chaplain Corps. He was also a member of the 101st Airborne Division, the 18th Airborne Corps 1st Division, and the Green Beret Parachute Demonstration Team. He wore the Green Beret on active duty for nine years and is nicknamed the “Leapin’ Deacon” due to his 225 military jumps, including 50 HALO (high altitude, low opening) jumps and 450 sport parachute jumps.

Ross’ positions in the Army included Command Chaplain for the Special Operations Command (Airborne) and Senior Chaplain of the Combined Peacekeeping Forces in the liberation of Grenada. He retired at Fort Riley, Kansas in 1988 and has lived with his wife Judy in Wakefield, Kansas for 27 years. They have four children, eight grandchildren and one great-grandchild.

Thank you for your service, Ross!