Remembering a sailor lost in combat and to history: Charles Ogle returns home 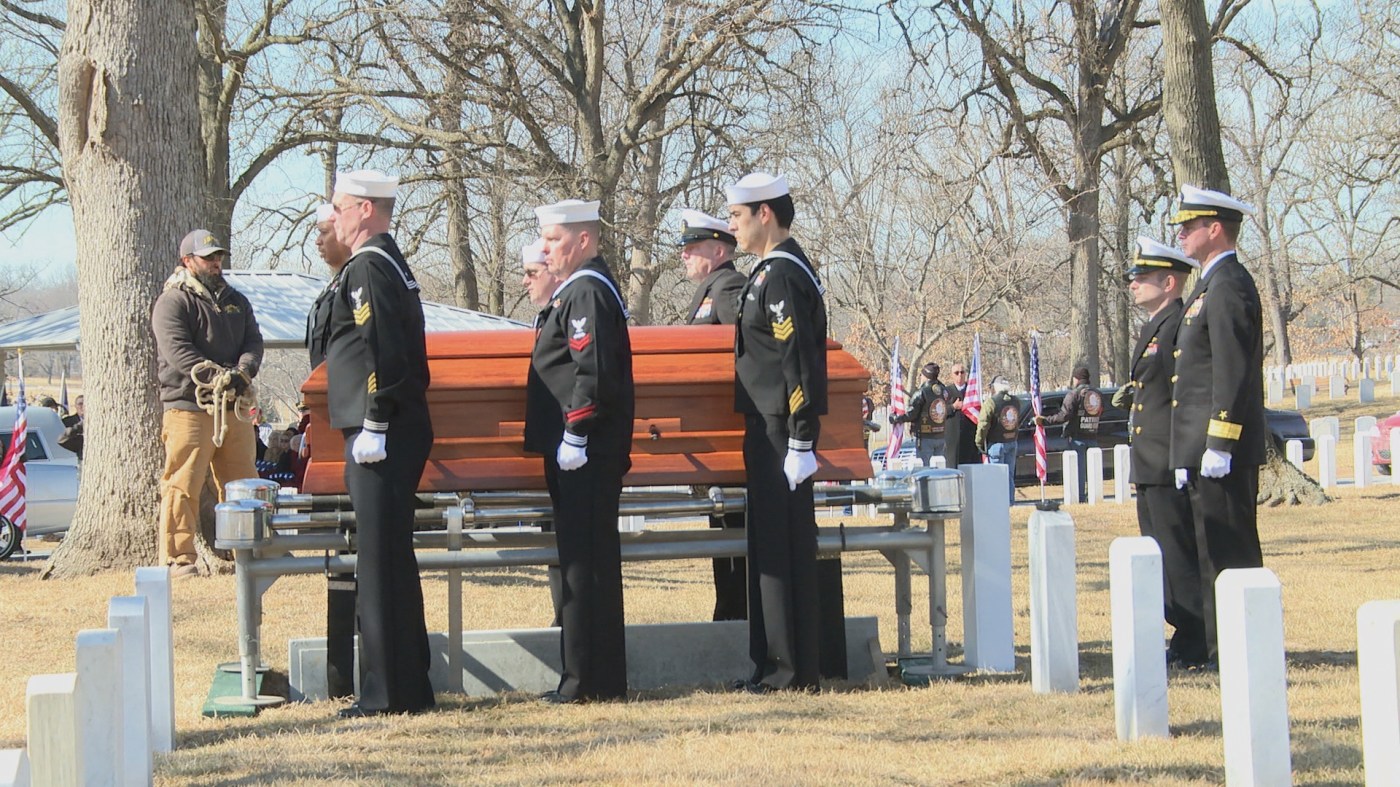 Though lost twice to this world — once in combat and once in memory as an “unknown” sailor — Charles Ogle is lost no more.

On Dec. 7, 1941, Navy Fireman 1st Class Charles R. Ogle, (born in Goodsberry Township, Missouri in 1920) was assigned to the USS Oklahoma, which was moored at Ford Island, Pearl Harbor, when the ship was attacked by Japanese aircraft. The USS Oklahoma sustained multiple torpedo hits, which caused it to quickly capsize. The attack on the ship resulted in the deaths of 429 crewmen, including Ogle. Their unidentified remains were buried as “unknown”s in 46 plots at the National Memorial Cemetery of the Pacific, known as the Punchbowl, in Honolulu. Until 2017, Ogle was one of those who was unidentified.

Ogle was re-interred in Jefferson Barrack National Cemetery on February 12, 2018.  The ceremony emphasized the story and sacrifice of Ogle along with the ongoing partnership between VA’s National Cemetery Administration  and the Defense POW/MIA Accounting Agency to identify all USS Oklahoma casualties interred at the National Memorial Cemetery of the Pacific and  bring them home and provide closure for their families.