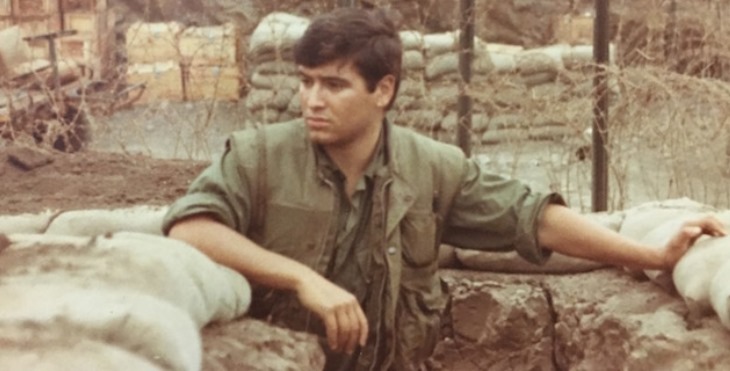 In January 1968, 50 years ago, a truce was called in the middle of the Vietnam War in honor of the Lunar New Year, or Tet. In spite of the agreement, the North Vietnamese Army and Viet Cong troops launched a surprise, full-scale offensive on cities across South Vietnam.

One of these targets was the remote Marine base at Khe Sanh in the Quảng Trị Province, where 40,000 enemy troops faced up against only 2,500 Marines.

Among those fighting at Khe Sanh was the 1st Battalion 9th Marines, also referred to as “The Walking Dead” battalion due to having the highest casualty rate in Marine Corps history. Of the nearly 3,000 Marines who served with the 1/9 in Vietnam, more than 25 percent would be killed in action. One young squad leader, Sgt. Bill Rider, survived, but the memories of those he lost in Khe Sanh have haunted him for decades. It wasn’t until 1999 that he was diagnosed with post-traumatic stress and began to find healing.

Inspired by his journey, Rider founded the American Combat Veterans of War (ACVOW) in 2001 with the mission to help those Veterans who have experienced the trauma of war.

For his service in Vietnam, Bill Rider was awarded the Purple Heart, Presidential Unit Citation and Naval Commendation with a Bronze “V” for valor, among other commendations, and was nominated for the Silver Star.

Rider’s story will be told by Academy award-nominated actor Graham Greene of Dances with Wolves fame during  PBS’ National Memorial Day Concert  in a segment remembering the  Battle of Khe Sanh and honoring Vietnam Veterans.