Home / Guest Posts / Army Veteran gets help from VA, nonprofit after he falls on hard times

Army Veteran gets help from VA, nonprofit after he falls on hard times 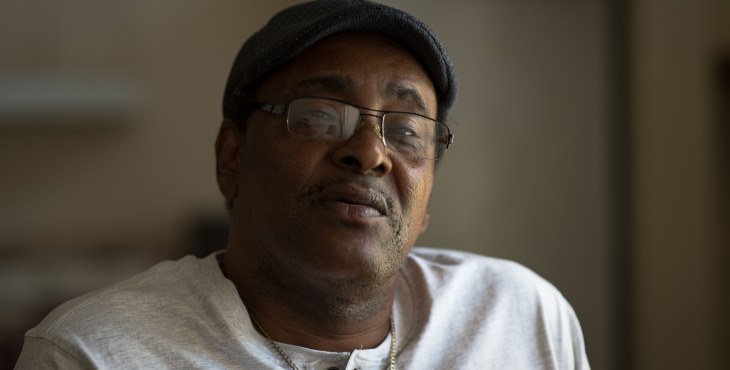 When his mother died, Craig Mitchell found that crystal meth paired well with his grief.

A sequence of hardships stacked up against Mitchell, 58, nearly a decade ago — a leg injury worsened diabetic symptoms causing him to drop out of college, his mother’s death created a void in his life, he faced eviction notices and he was convicted of drug possession charges. He hit rock bottom.

Mitchell, an Army Veteran who served at Fort Benning from 1978 to 1981, accepted a plea bargain and eventually took jail time until entering rehab and support housing.

He was reintroduced to hope through transitional housing programs offered by VA and by Pioneer Human Services, a Washington State non-profit that provides treatment, supportive housing and employment programs to justice-involved individuals across the state.

“Sometimes it takes people to live for a while to see what’s coming their way. My role ain’t over,” he said.

From November 2016 to May 2018, he lived and healed in The Carlyle, a historic building in Spokane, Washington where Pioneer Human Services support staff are on-site 24/7. The team there recently helped him move into his own home, further developing his self-sufficiency.

He said he’s grateful for the help he was provided, after reflecting on time spent in the streets.

“The streets is eating from hand to mouth. The streets is not having no place to go,” Mitchell said. “The streets is being there and trying to decide what you’re going to do and you can either go the wrong way or you can go the right way. You decide which way you want to go.”

Mitchell made his decision. He sought help where it was offered. He said in moving to The Carlyle, a group of caring individuals took him in and provided him a family in an unfamiliar place.

“I just want to thank the ladies because when I came in there I was more vulnerable than I had ever been in my life. I couldn’t take care of myself,” Mitchell said. “They looked out for me in a lot of ways.”

“I had no family here. I don’t know nobody here. It was the ladies that really kept me,” he said. “I learned a lot from them and I respect them. I like them. I’ll never forget them for the rest of my life.”

His next step is to try to reconnect with his daughter after years of not talking. Although he said he paid child support, they became disconnected.

“We stopped talking as she grew up. I left. I couldn’t stay there in Seattle and go through no emotional roller coasters,” he said. “It was, as my mother [once] said, time for me to move on.”

He has hope he may reconnect with his daughter soon though.