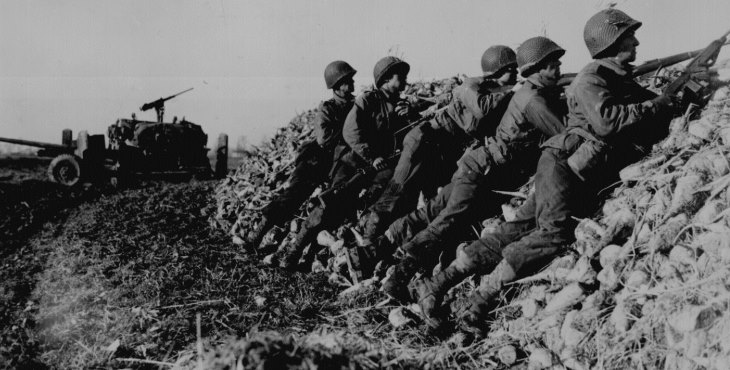 The Louisiana Department of Veterans has a myriad of Veterans with incredible stories from their days in the military living at its’ Veterans homes.

Recently, at our Southwest Louisiana Veterans Home Pfc. Amadia Broussard was presented with the highest French meritorious military award for his actions during World War II.

Vincent Sciama, consul general of France, bestowed the National Order of the Legion to Broussard, who was surrounded by friends and family, at the Veterans home in Jennings, Louisiana. The award is the highest French meritorious military awar, and was established in the 19th century by Napoléon Bonaparte. It is awarded for excellent military conduct and delivered upon an official investigation.

Broussard enlisted in the United States Army in November 1942. He completed his basic training at the ‘hastily constructed’ Camp Adair in Oregon. On Aug. 27, 1944, he was deployed to Europe. During the next 10 months, Broussard served in battles and campaigns in Northern France, Rhineland and Central Europe as a member of Company G, 415th Infantry Regiment.

His daughter, Faye Adams, says her father did not share much about his time in service. It wasn’t until her two Army sons returned from their deployments in Iraq that he opened up a bit about his own experiences.

She recalls a poignant story he shared about being in a cabbage field while fighting in Holland. Broussard lost sight of his friend right before a bomb went off and a cabbage landed in his lap. He recalls laughing after he realized it was not his friend’s head.

Throughout his service, the investigation determined, Broussard “remained consistent, dependable and accurately carried out all responsibilities assigned him to a successful conclusion.”

His daughter says although her dad was drafted, he never questioned it. He served proudly because “his country needed him.”

Broussard was honorably discharged from the Army on Nov. 8, 1945.

And 70 years later, the French came to his hometown to thank him for his bravery and the role he played in the Liberation of Paris.

As George S. Patton Jr. once said, “The soldier is the Army. No Army is better than its soldiers. The soldier is also a citizen. In fact, the highest obligation and privilege of citizenship is that of bearing arms for one’s country.”

Broussard is the epitome of the citizen-soldier. We are honored to be able to care for him.

Alejandra “Alex” Juan serves as both the communications director and state women Veterans outreach coordinator for the Louisiana Department of Veterans Affairs. She and her husband are both Air Force Veterans and the proud parents of two sons, Nick and Noah.