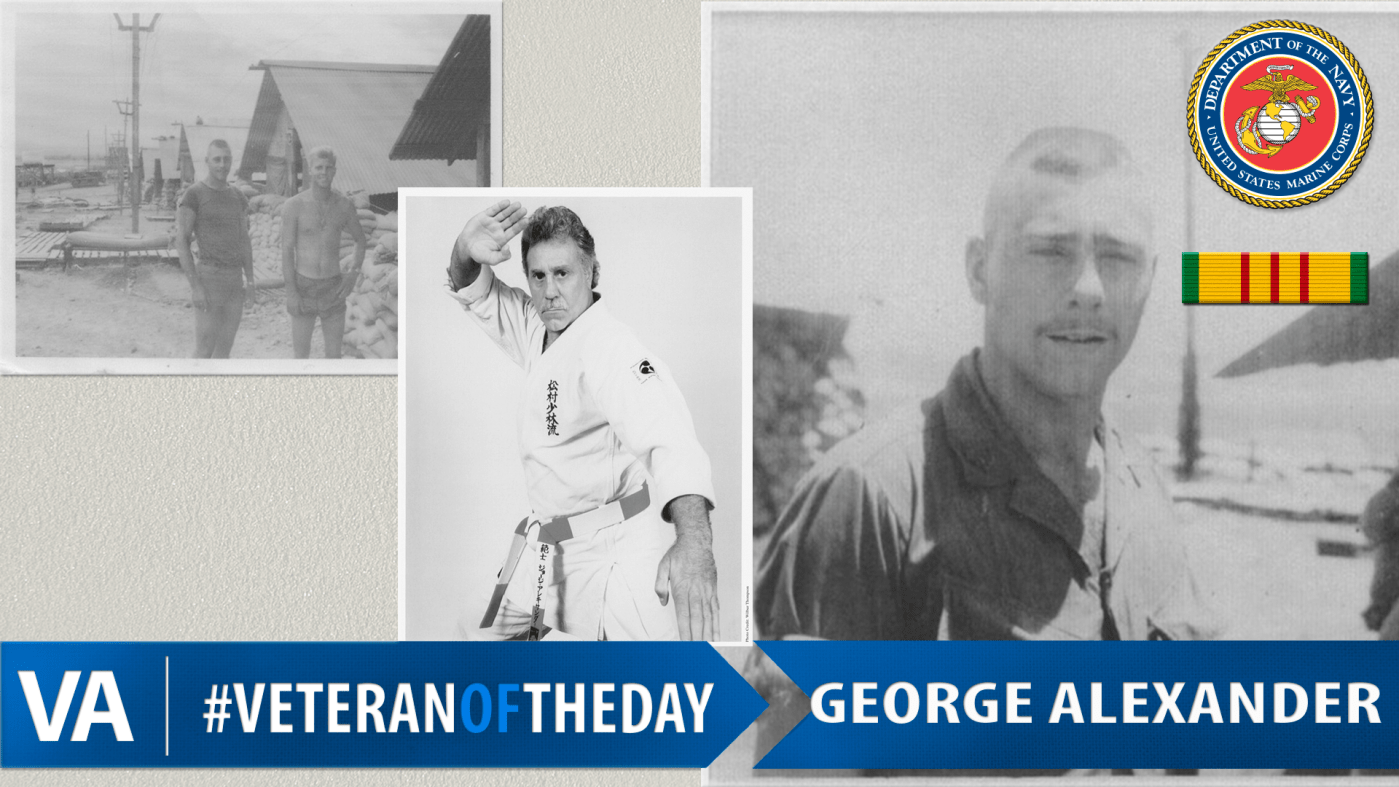 Today’s #VeteranOfTheDay is George William Alexander. George served in the Marine Corp from 1964 until 1968 and was stationed in Dong Ha, Vietnam from 1967-1968.

George first joined the Marines at age 17. While he doesn’t remember age being an issue, George does recall a shock at the physical endurance needed to complete boot camp, which he remembers he wasn’t properly prepared for prior to his service. After training, where he earned a reputation as a fighter, George found an opportunity to be deployed as a dog handler to Vietnam. While stationed in Vietnam he led jungle teams as a scout dog handler, which gathered intelligence information behind enemy lines.

After his service, George earned a Ph.D. in political science and teaching credentials in Shorin Ryu Karate and Kobudo from the All Okinawan Shorin Ryu Karate and Kobido Association. George founded Yamazato International, a company specializing in martial arts publications and video productions. He was first introduced to this form of martial arts in while stationed at Camp Lejeune, North Carolina.

We thank you for your service, George!