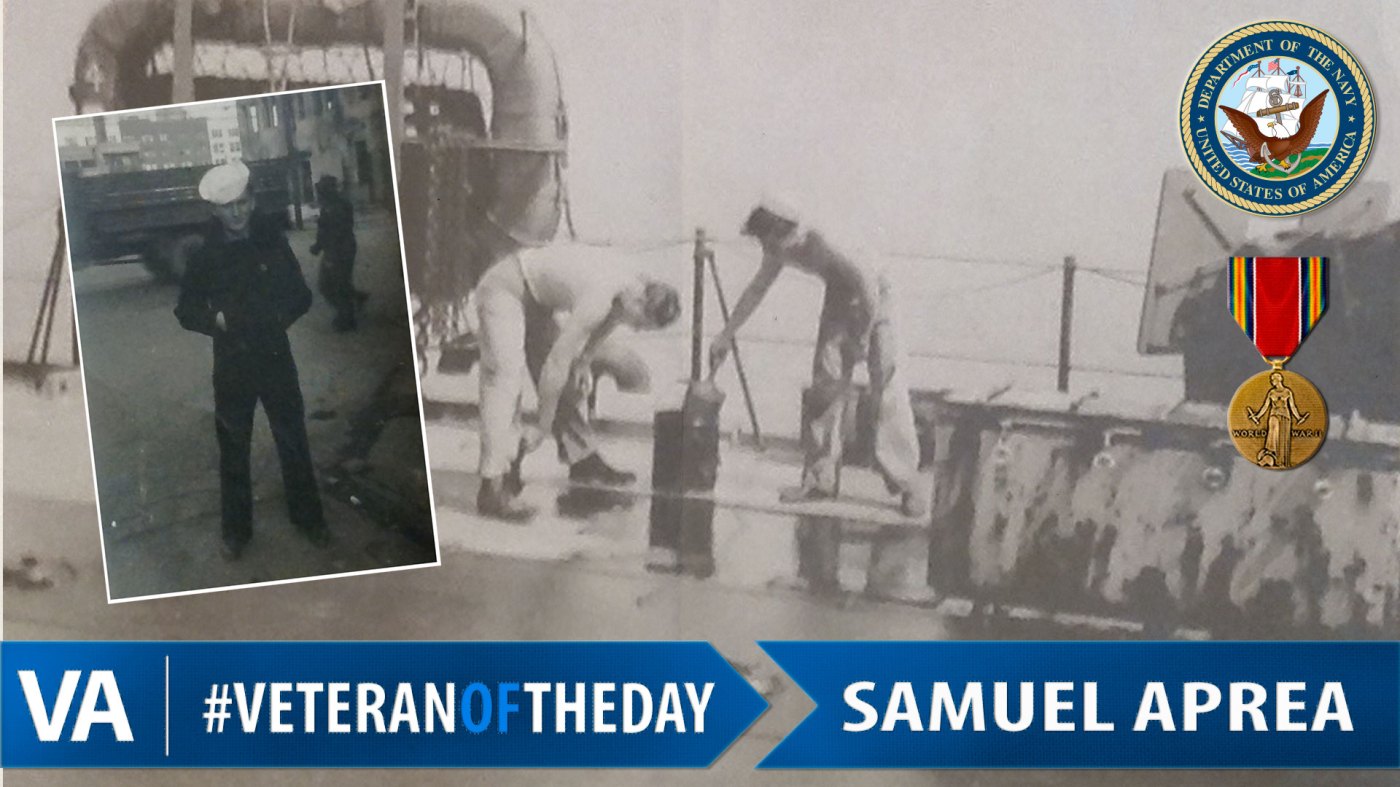 Today’s #VeteranOfTheDay is Navy Veteran Samuel Aprea. He served during World War II from 1944 to 1946.

Sam enlisted into the Navy at the Navy Recruiting Station in Boston, Massachusetts, at the age of 17; after his brother-in-law was killed in action in Italy.  Following three weeks of boot camp, he boarded the LST 972 for deployment to the Pacific.

In an interview with VA’s Office of Modernization, Sam shared one of his incredibly vivid memories about his time in service: During the occupation of Japan following the bombing of Hiroshima and Nagasaki, Sam’s ship was transporting troops to Japan from the Philippines. On his ship’s second trip to Japan with troops, Sam looked over the bow of the ship and, to his disbelief, saw his brother who he hadn’t seen in three years!

Sam was discharged from the Navy in 1946 and met his wife of 70 years the night he returned from overseas. He currently lives in Boston surrounded by his family.

He is celebrating his 92nd birthday today!