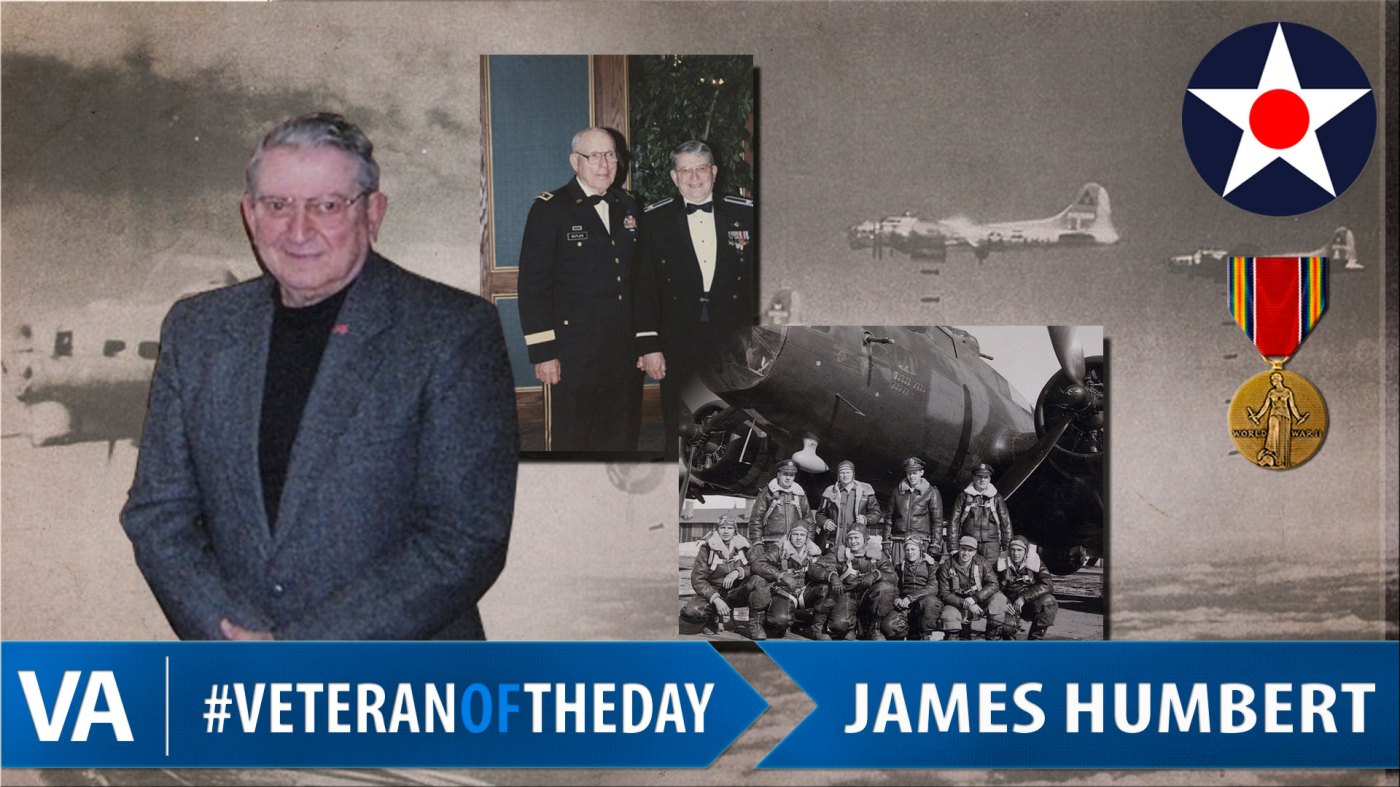 James discussed his career with the Veteran’s History Project. He was born on January 27, 1925 in Ohio. Before being drafted into the Army Air Corps 1943, James was a cadet at the Kentucky Military Institute and spent one semester at the Citadel. He completed basic training in St. Petersburg, Florida and further training in Denver, Las Vegas, and Rapid City, South Dakota. While in the Air Corps, his father served as an Army major in the Aleutian Islands.

James was assigned to Bangor, Maine and East Anglia, England, where he flew 35 combat missions as a bombardier and was primarily tasked with bombing enemy oil plants. During their time in England, James’ group lost 93 aircrafts. One time, James passed out after his oxygen hose became disconnected from the main supply hose, but a gunner on crew was able to reconnect it and revive him.

After the war, James joined the Air Force Reserves and graduated from the University of Louisville. He completed two semesters of law school and worked with the military as a trial counsel officer for court martial cases when he was again called for active duty. Following his retirement from the military, James worked as a news reporter and for the Indiana State Employment service before retiring in 1987.