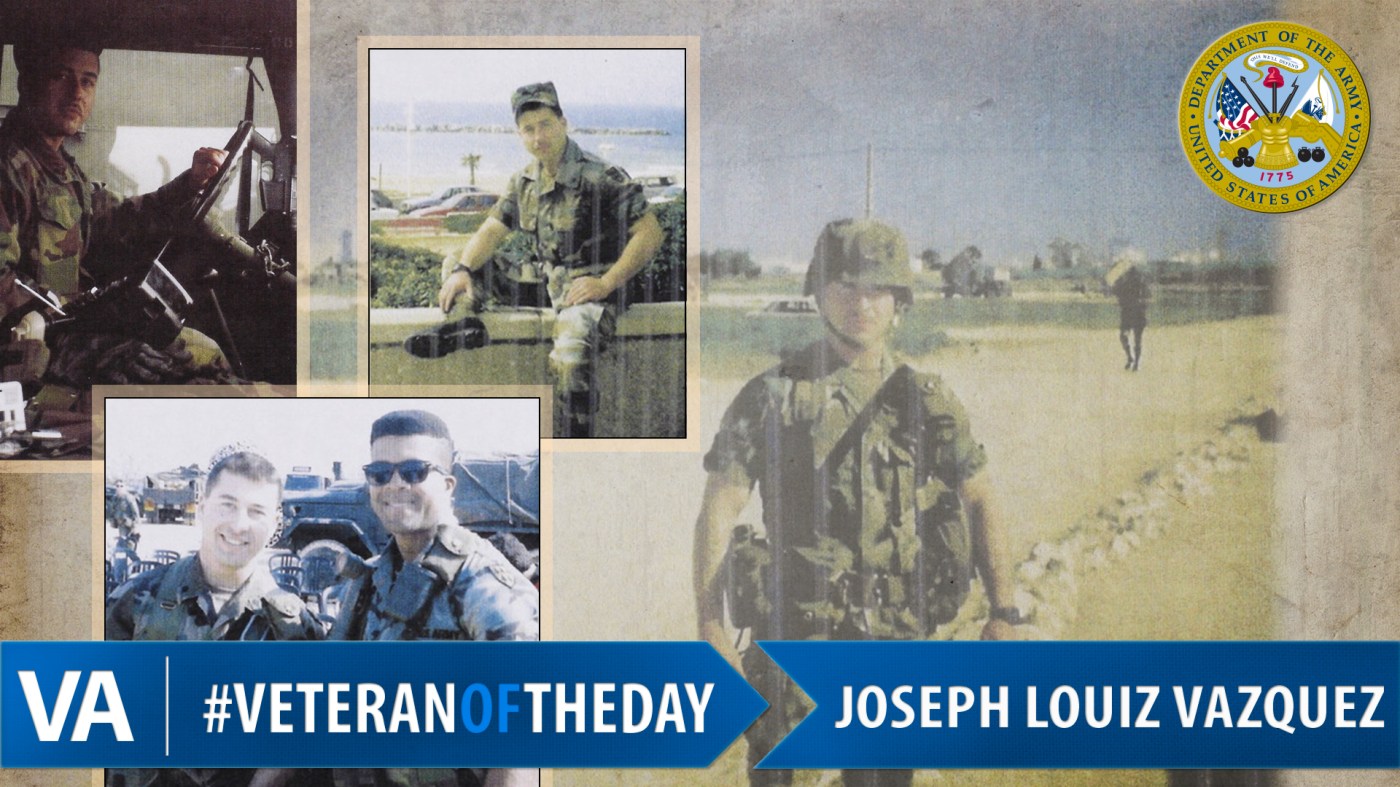 Joseph was born in Lawndale, California and decided to enlist because he felt a sense of duty to his country and it would be a good stepping stone to becoming a deputy sheriff in Los Angeles Country, California. He enlisted the year before his senior graduation and was placed in the delayed entry program until graduation. Joseph officially joined in June 1987 and was sent to Fort Dix, New Jersey to attend basic training. After basic training, He was sent to Fort Lee, Virginia to become a small arms repairer.

Joseph first assignment was with the 4th Battalion, 31st Infantry Regiment on Fort Sill, Oklahoma and then he was assigned to the 518th Maintenance Company, 4th Battalion, 43rd Air Defense Artillery based out of Giessen, Germany.

Joseph was deployed in support of Operation Desert Storm to Tel Aviv, Israel in 1991.

Joseph soon after left the service and received a proclamation award from the city of Lawndale after he returned home. He worked with the Army Recruiting Department for two months and then became a Los Angeles County Deputy Sheriff in 1994.