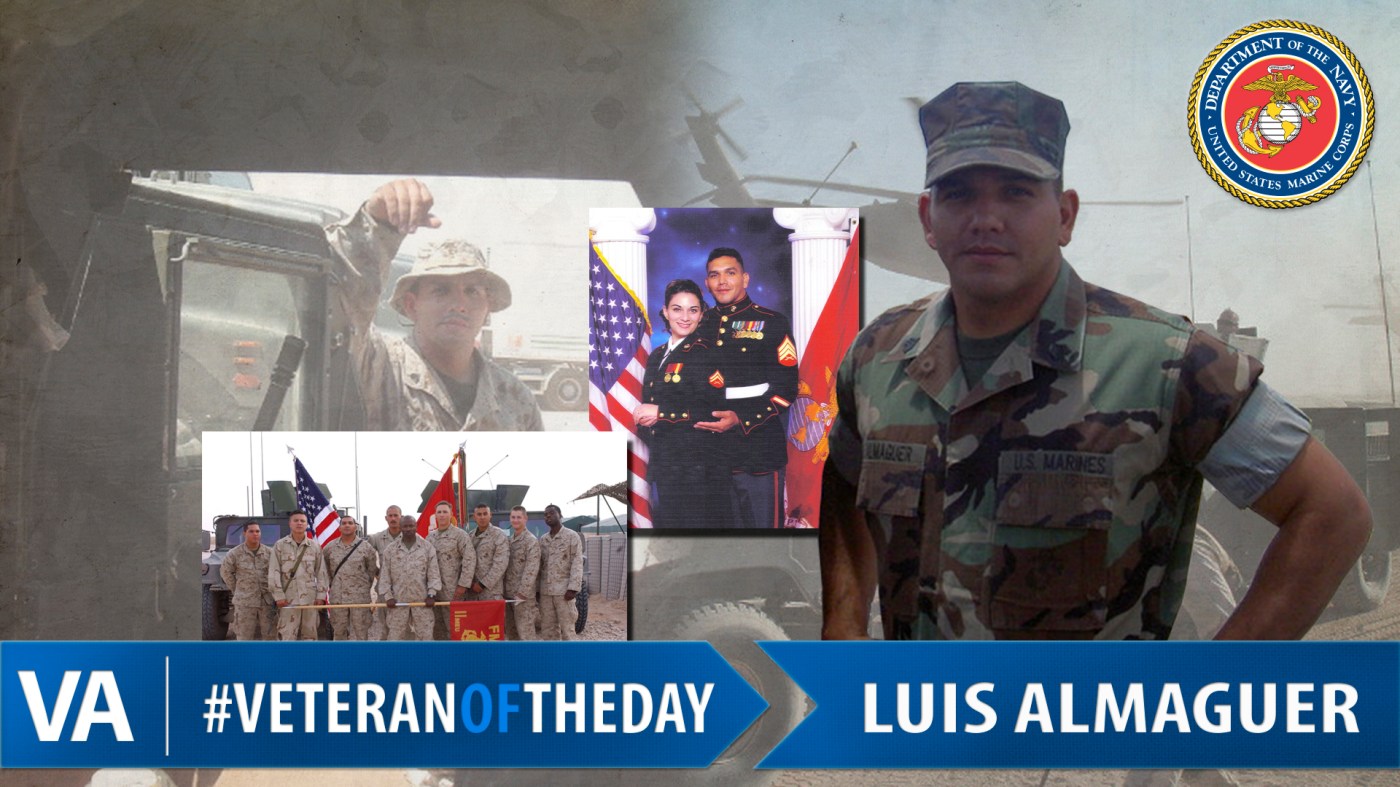 Luis was born in December 1976 in a small town in Texas. He was raised by his grandparents and aunt. At the age of 17, Luis was married and subsequently joined the Marine Corps to provide for his family.

In his Veteran’s History Project interview Luis speaks about how the Marine Corps was chance for him to make something of himself. He attributes his drive to keep going to his self-motivation.

As a member of the 11th Marine Expeditionary Unit, Luis was stationed in Najaf, Iraq. The Mahdi militia was attempting take over the town, so Luis and his unit were working to aid the Governor of Najafn in recovering and rebuilding the town. Although they fought for a couple of weeks, Luis remembers that as a member of a Personnel Support Detachment, he was mostly focused on humanitarian efforts. These efforts included restructuring the construction of schools and other public places and helping colleges. Luis and his unit also worked directly with the Governor to interview civilians and plan the war and future of Najaf.

Following his service, Luis remarried a fellow Marine. They have since had two children.

Thank you for your service, Luis!