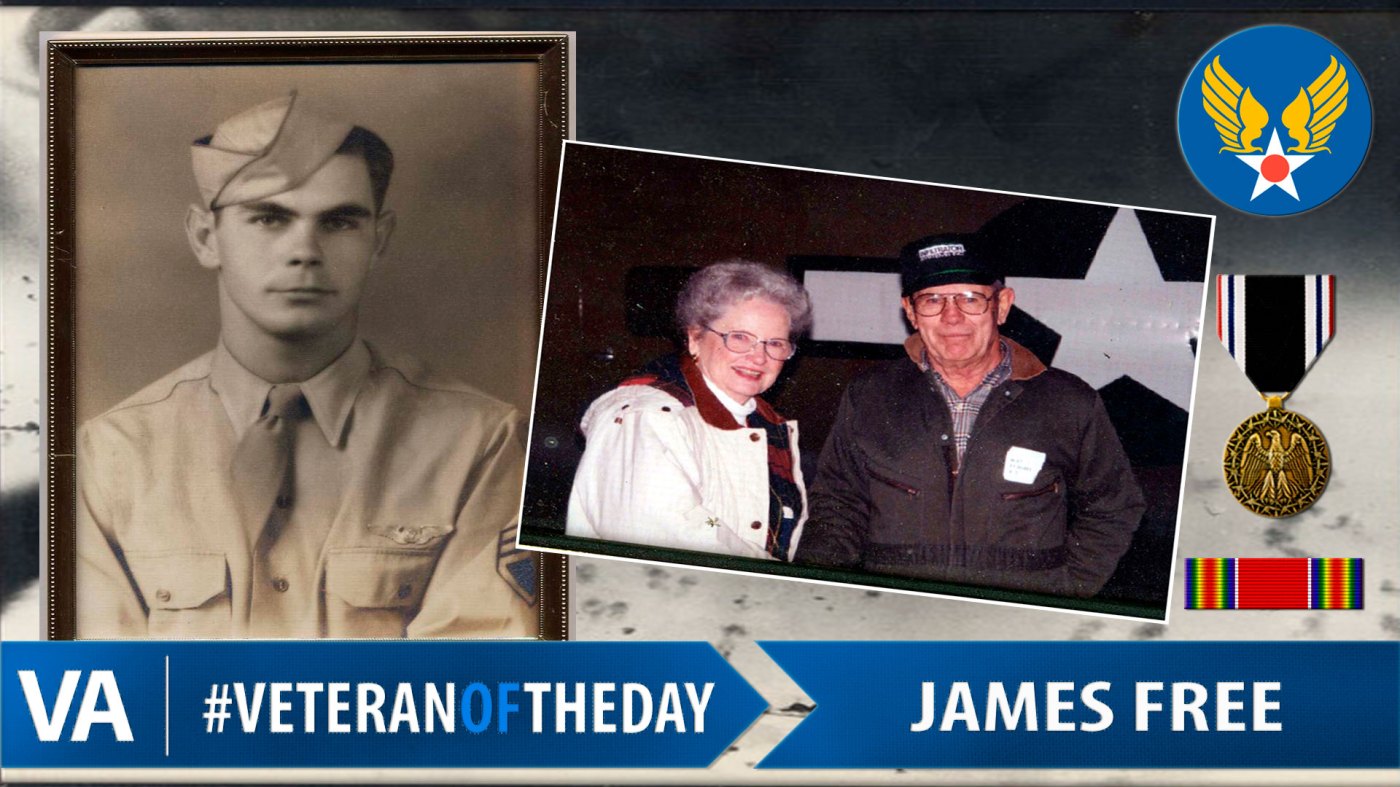 Today’s #VeteranOfTheDay is Army Air Force Veteran James “Jim” Lawrence Free. Jim served from 1942 to 1945 as both a Technical Sergeant and a Flight Engineer.

Jim was a member of the 457th Heavy Bomb Group in the 8th Air Force. In 1944, his unit was flying back from a mission when their B-17 caught fire. The men were forced to jump, landing somewhere in France. Five of the men made it to the French Underground while the other six, including Jim, were captured by German soldiers. Jim was taken to Stalag 17-B prisoner-of-war camp in Krems, Austria, where he stayed for thirteen months, living in a cell with no heat and very little food and water.

In April, 1945, Jim and other POWs from Stalag 17-B were relocated. They marched more than 280 miles in 18 days to a camp outside Braunau, Austria. A few days later, the 12th Armored Division liberated Jim and the other POWs.