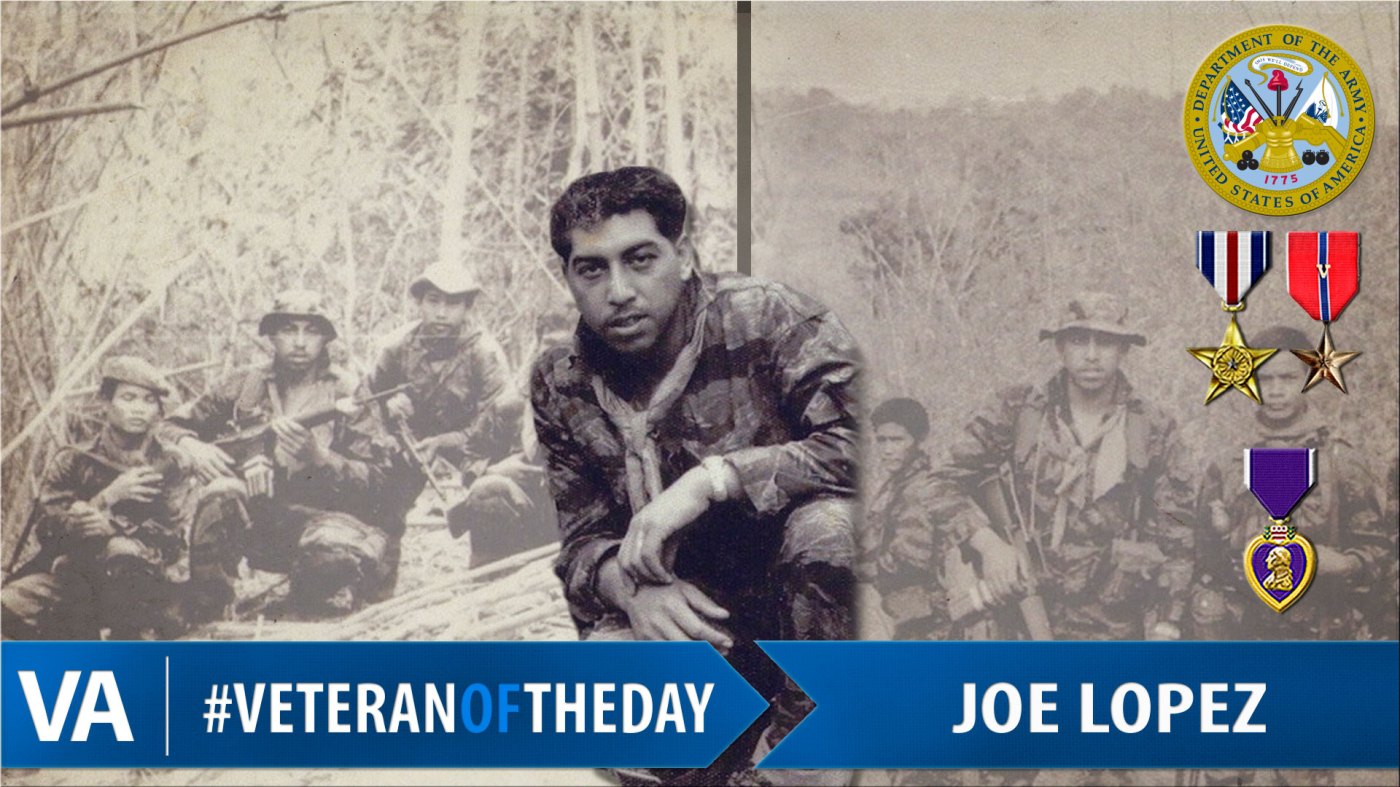 Joe was born and raised in Fresno, California and enlisted in the Army straight out of high school in 1955. He attended basic training with the 8th Infantry Division at Fort Carson, Colorado and attended Airborne school in Fort Campbell, Kentucky right after completing basic. He was trained as an infantryman and a paratrooper.

Joe’s first assignment was with the 21st Infantry Brigade, 24th Infantry Division in Munich, Germany and in 1958, he was reassigned to the 327th Airborne Infantry, 101st Airborne Infantry Division at Fort Campbell. In 1961, Joe was chosen to attended Special Forces and Communications training at Fort Bragg, North Carolina. Upon graduation, he was assigned to Delta Company, 7th Special Forces Group in the Canal Zone, Panama and he participated in various classified assignments throughout South and Central America. In 1965, he returned to Fort Bragg and was assigned to the 6ht Special Forces Group and the year after was sent on an assignment with the 11th Corps on South Korea and was wounded in Dak To and was evacuated to Yokohama, Japan. After he recuperated, he asked to be sent back to Vietnam instead of going home and was assigned to C-3 Mobile Strike Force, 111th Corps.