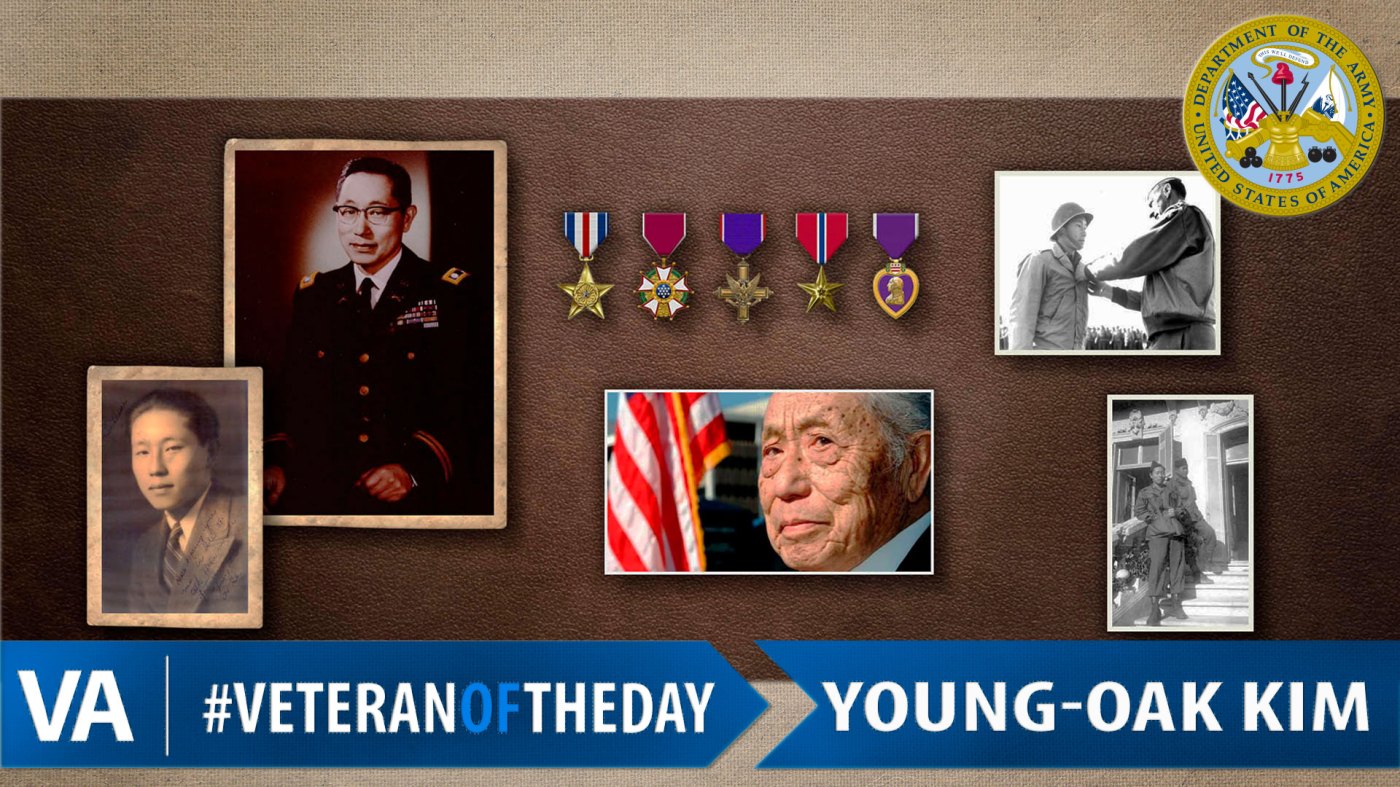 Kim was born in 1919 in Los Angeles as the son of Korean immigrants. The Army initially declined his voluntary enlistment, but later drafted him in January 1941. After 18 months of enlisted service, he completed Officer Candidate School and was assigned to the 100th Battalion of the 442nd Brigade Combat Team comprised of Japanese-Americans. Despite receiving an offer to transfer due to potential animosity between Korean Americans and Japanese Americans, Kim stayed saying,”…there are no Japanese or Koreans here. We’re all Americans and we’re all fighting for the same cause.” He served as a platoon leader and an operations officer in Italy and France with multiple acts of distinction before his first honorable discharge as a Captain.

Kim rejoined the Army in 1950 during the onset of the Korean War and used subterfuge in order to specifically serve in a combat unit. As an intelligence officer, his efforts saved South Korean and American service members lives in battle. During the time, he was wounded from friendly fire, but later returned to serve as a battalion commander in theater at the rank of Major. After the Korean War, he served in multiple staff officer positions around the world before retiring as a Colonel.
After his 30 years of military service, he returned to California and was a community service leader with multiple charitable organizations.
He died from cancer in 2005 and was laid to rest in Hawaii.
We honor his service.