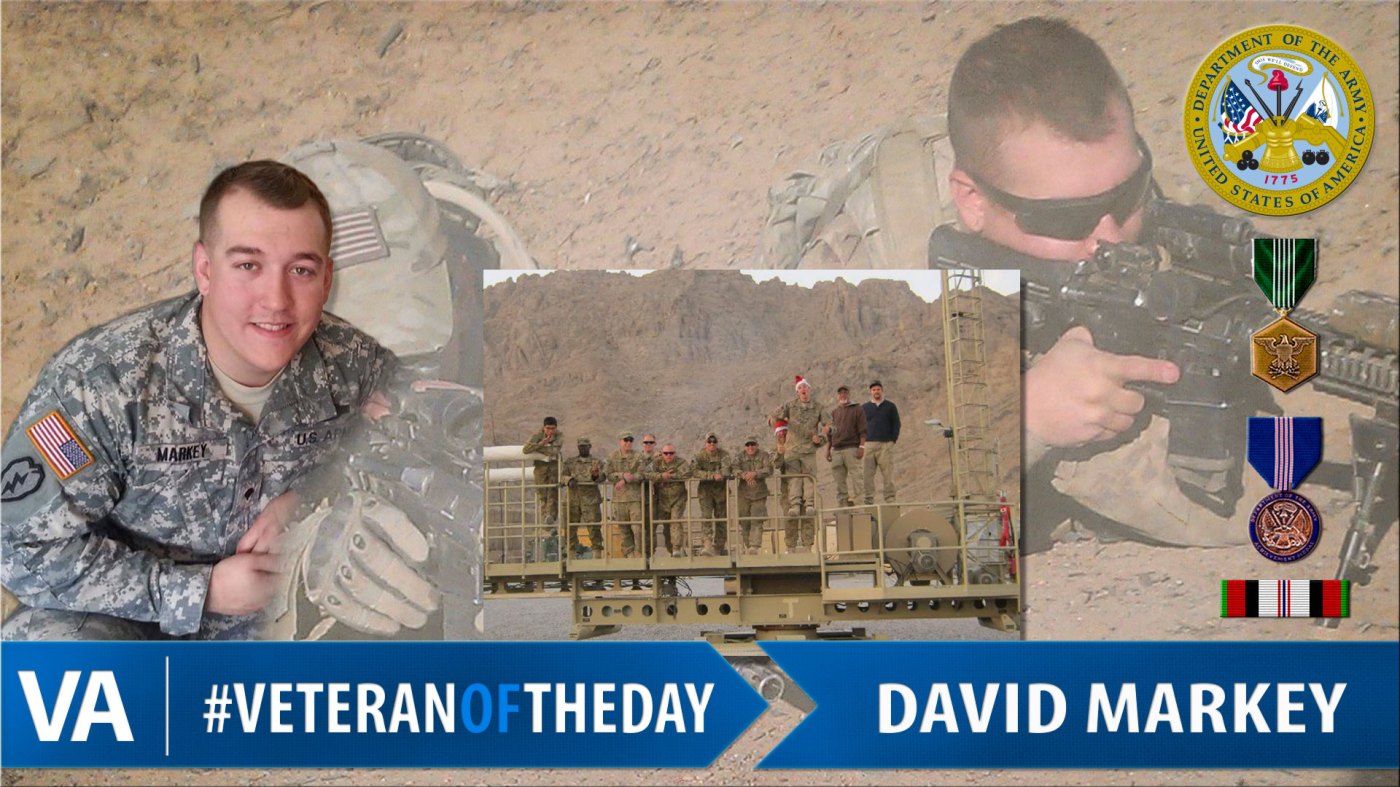 Today’s #VeteranOfTheDay is Army Veteran David Markey. David served during from 2011 to 2014.

David left the service in 2014 and currently lives in Worcester, Massachusetts.  He works as an IT systems administrator for Avatar Computing. David loves music is a talented drummer who played in a band called The Durrty Durrty before joining the military.