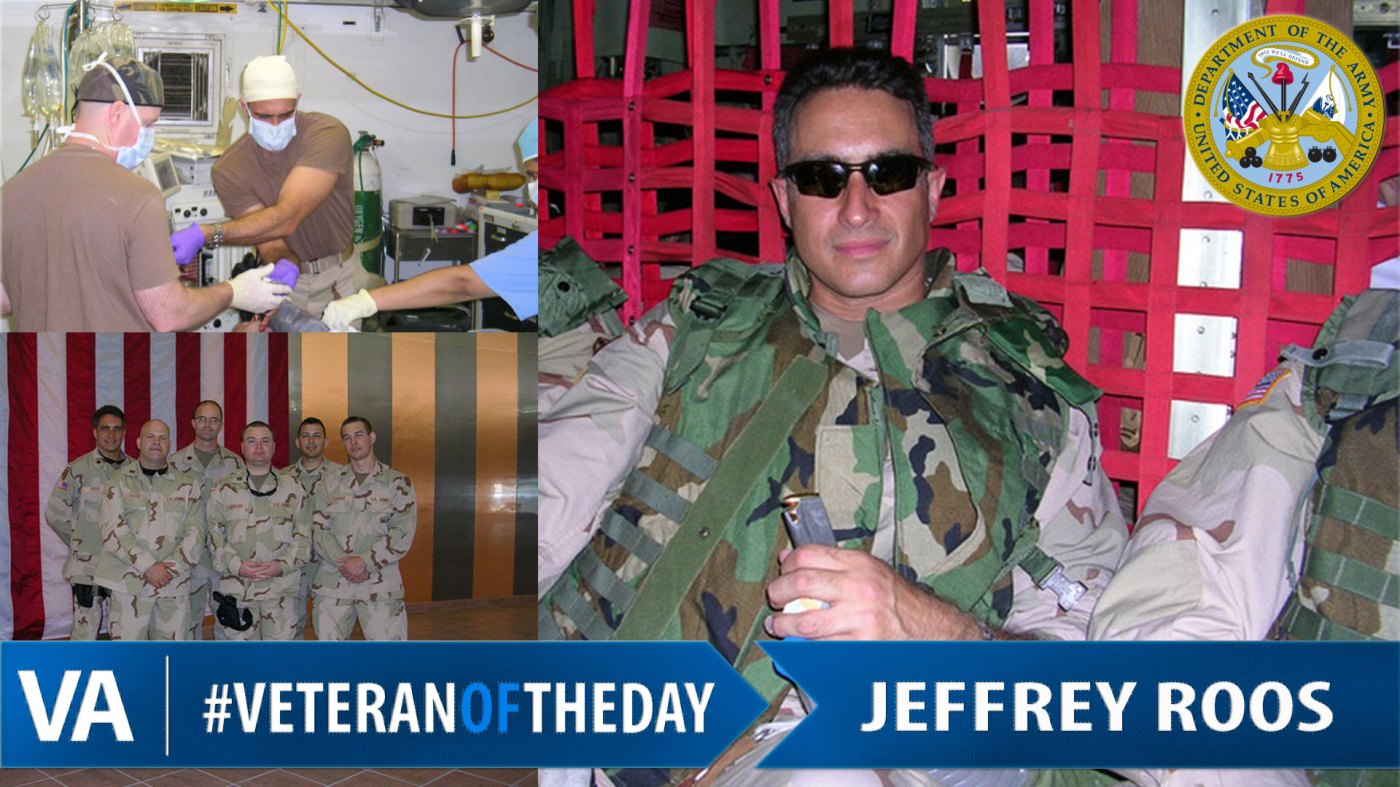 Today’s #VeteranOfTheDay is Army Veteran Jeffrey Scott Roos. Jeffrey served from 1987 to 2008 as an anesthesiologist in the Middle East.

Shortly after the terrorist attacks on September 11, Jeffrey was deployed to Uzbekistan where he served in a small medical facility. In January 2002, Jeffrey went to Bagram, Afghanistan to support the efforts of Operation Anaconda. In an interview with the Veterans History Project, Jeffrey stated that during the initial phases of Operation Anaconda, he operated for 72 straight hours. His unit consisting of two people completed approximately 80 to 100 cases in that duration.

Jeffrey was later stationed in Balad, Iraq with the 31st Combat Support Hospital, followed by Baghdad, Iraq where he worked with trauma patients. After three years at the West Point Military Academy, Jeffrey went back to Iraq as the chief of the anesthesia service with the 332nd Air Force Theater Hospital.

Thank you for your service, Jeffrey!