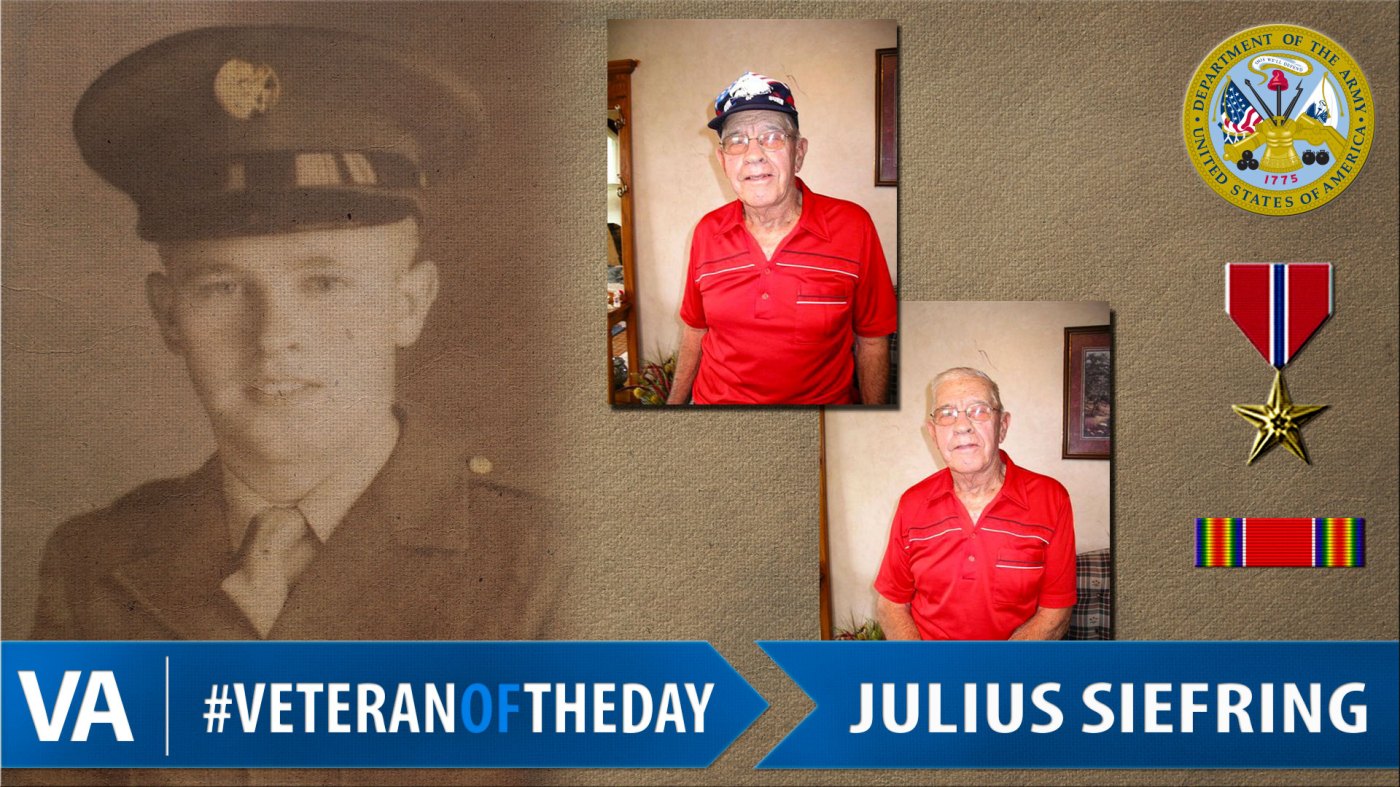 Julius described his experiences in the Army in an interview with the Veterans History Project. He was born on October 14, 1921 in New Weston, Ohio. He was drafted into the Army at the age of 22, shortly after the attack on Pearl Harbor. Julius completed basic training at Camp Wolters, Texas before completing additional training in California and Hawaii. He was assigned to an infantry division and sailed to Australia in 1942.

Julius and his unit also traveled to New Guinea where they carried food rations from ships and through ten miles of jungle to other soldiers. After securing an airport from the Japanese to allow Army Air Corps planes to land, the unit participated in a raid on Leyte Island in the Philippines. Julius watched as American planes bombed the island before the infantry was ordered to raid the beach. After a nearby dynamite explosion, Julius helped to carry wounded soldiers out of the jungle.

Julius also served in Mindanao and Mindoro islands in the Philippines. He was tasked with clearing booby traps and protecting natives from enemy attack. Because of the constant combative surroundings, he was rarely able to rest, attend church or write. While on a mission in the Philippines, a soldier next to Julius lost his arm in an explosion. Julius was able to stop the bleeding and help him to a vehicle. He later learned the soldier was taken to a hospital and survived his injuries.

Julius left the military in 1945 with three Bronze Stars. He returned to Ohio and worked as a school bus driver for 43 years while raising his family.