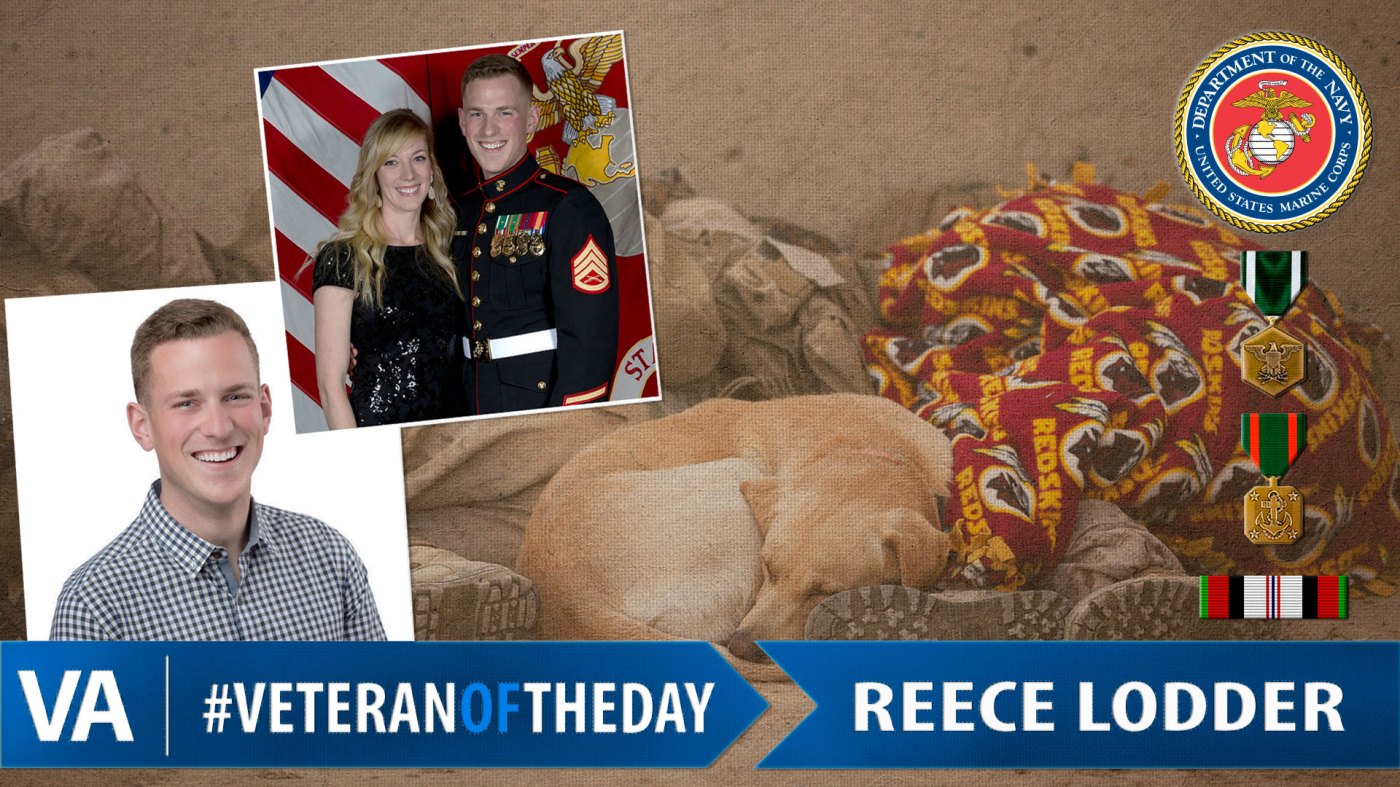 He deployed in support of Operation Enduring Freedom from 2011 to 2012 in Garmsir, Helmand province, Afghanistan with 3rd Battalion, 3rd Marines.

Reece was named top Marine Corps photographer in 2011 and 2012 and was runner-up for DoD Military Photographer of the Year in 2012.

Reece’s iconic photo Let Sleeping Dogs Lie, which captures a bomb detection dog resting between two Marines during combat operations in Afghanistan, went viral after being featured by USA Today, numerous national media outlets, and as the subject of a video feature by NFL Films Presents.

Thank you for your service, Reece!