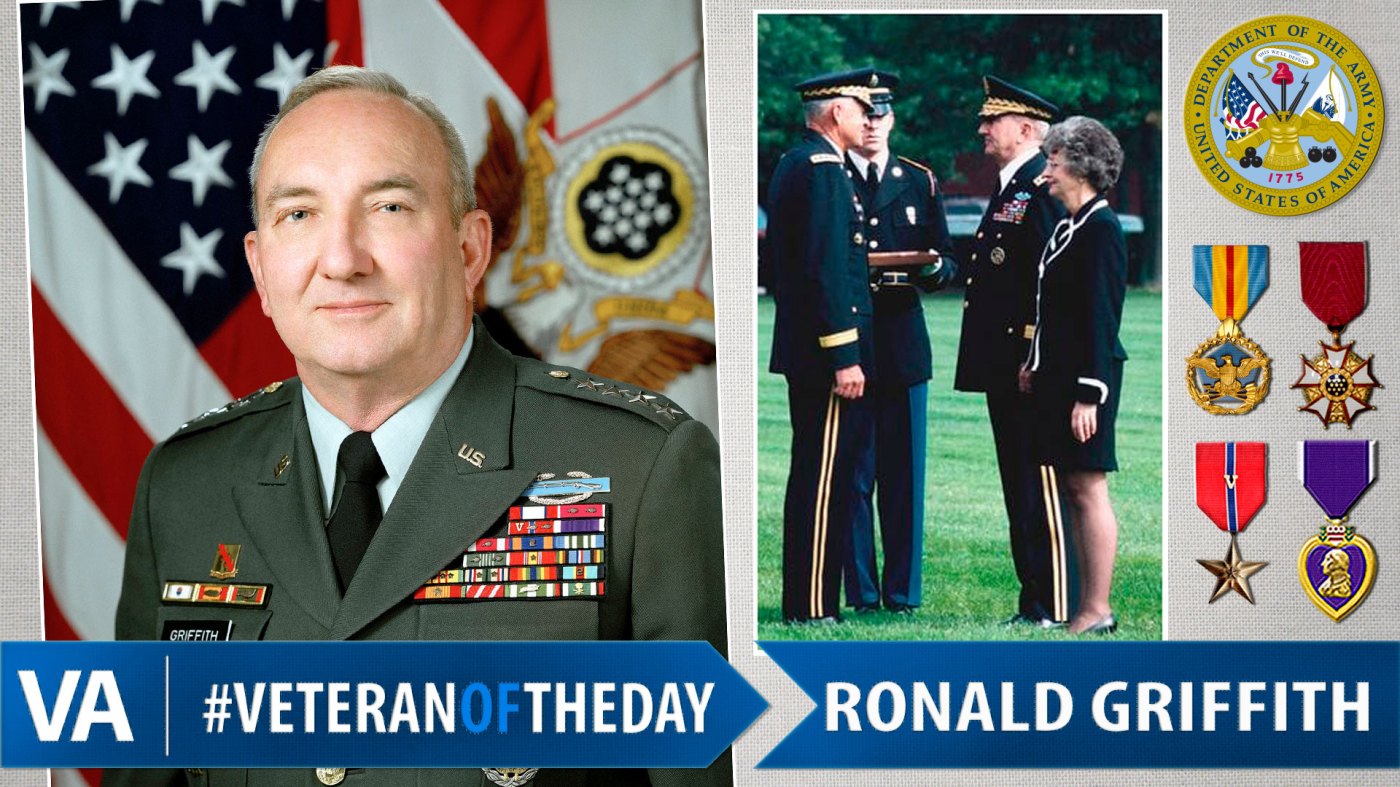 Today’s #VeteranOfTheDay is Gen. Ronald Griffith who served in Vietnam and in Iraq during Operartion Desert Shield and Operation Desert Storm.

Griffith was born in LaFayette, Georgia, the son of an English teacher and car salesman. After graduating from the University of Georgia with a bachelor of science degree, he was commissioned as a 2nd lieutenant in the Army in 1960.

Griffith served two tours in Vietnam. The first as an infantry adviser of the Army of the Republic of Vietnam and the second from 1969 to 1970 as the executive officer of the 2nd Battalion, 8th Infantry Regiment, 4th Infantry Division.

He would go on to hold numerous commands though out his military career including that of the 1st Armored Division beginning in 1989. As the commander of “Old Ironsides he would play a major role in liberating Kuwait and defeating Saddam Hussein’s elite Republican Guard as a part of Gen. Norman Schwarzkopf’s multinational strategy that led to a victory known often referred to as the 100-hours War.

After the war, Griffith worked his way up in the Pentagon eventually holding the position of Vice Chief of Staff for the Army before retiring as the assistant division commander of the 1st Cavalry Division at Fort Hood, Texas Nov. 1, 1997.

Griffith passed away on July 18 at his home in Arlington, Virginia at the age of 82.