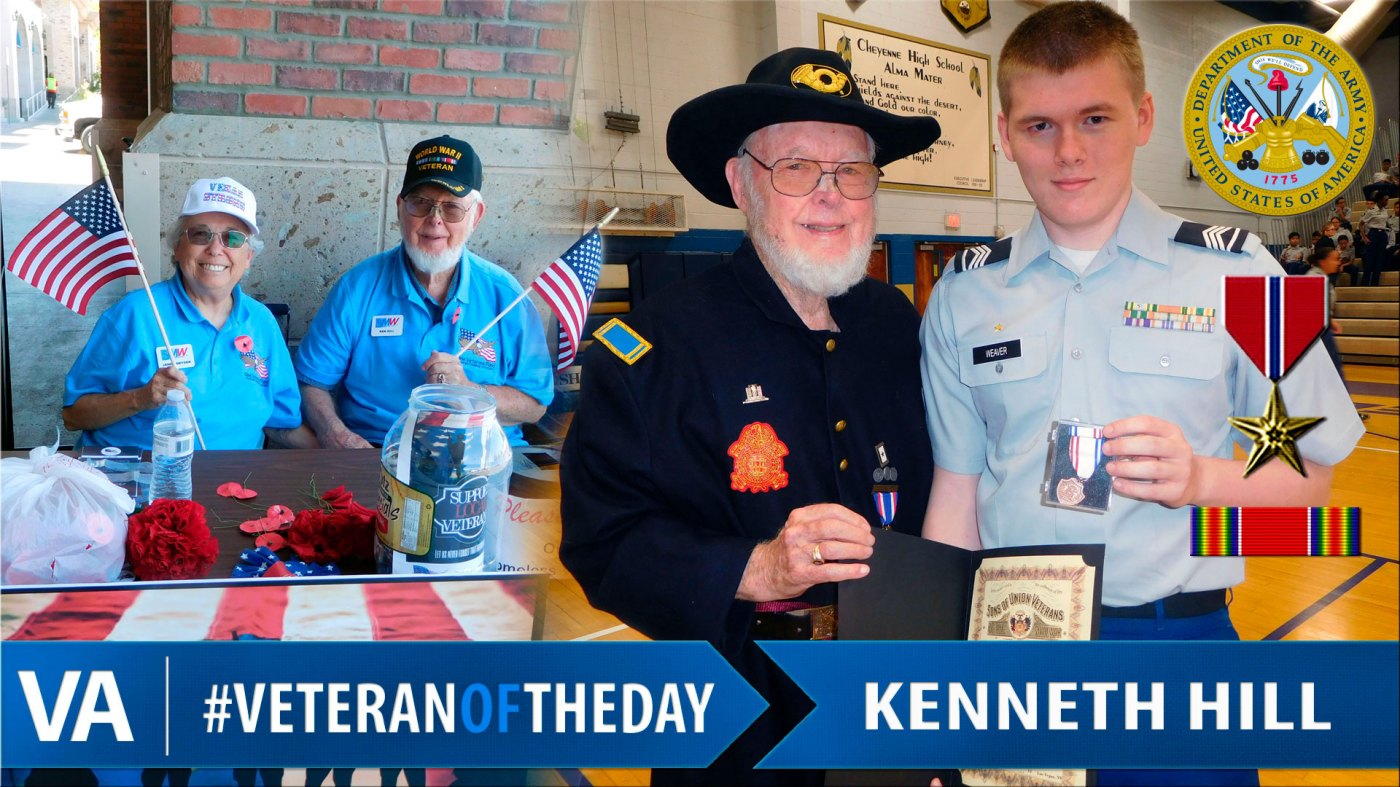 Ken was born in 1924 in Oakland, California. His grandfather was a first lieutenant in Pennsylvania during the Civil War. Ken joined the Army in November 1943. A member of the 3315 QM Truck Companyof the Quartermaster Corps until his discharge in 1946, Ken rose to the rank of Technician Fifth Grade.

Ken moved to his current home of Las Vegas, Nevada in 1973, where he has participated in many organizations and volunteer causes. He was one of the founders of Clark County Community College, now known as the College of South Nevada, and was named Professor Emeritus by the Board of Regents. Ken helped Veterans apply for financial and worked as an instructor and administrator for 44 years. He was also a Boy Scout leader for more than 50 years and his three sons were all Eagle Scouts.

Ken is also a member of Jewish War Veterans Post 64, Scottish Rite Masonry, the Elks Lodge in Nevada for whom he does volunteer work at the Nevada State Veterans Home and served as a graves registration officer for Sons of Union Veterans of the Civil War. Additionally, he volunteers for the Kline Veterans Fund to provide financial assistance and support to homeless, at-risk and indigent Veterans and families in southern Nevada. To honor his grandfather, Ken also participates in the Civil War Experience at Spring Mountain Ranch State Park in Las Vegas, teaching young people and adults about life in the Civil War.

Thank you for your service, Ken!