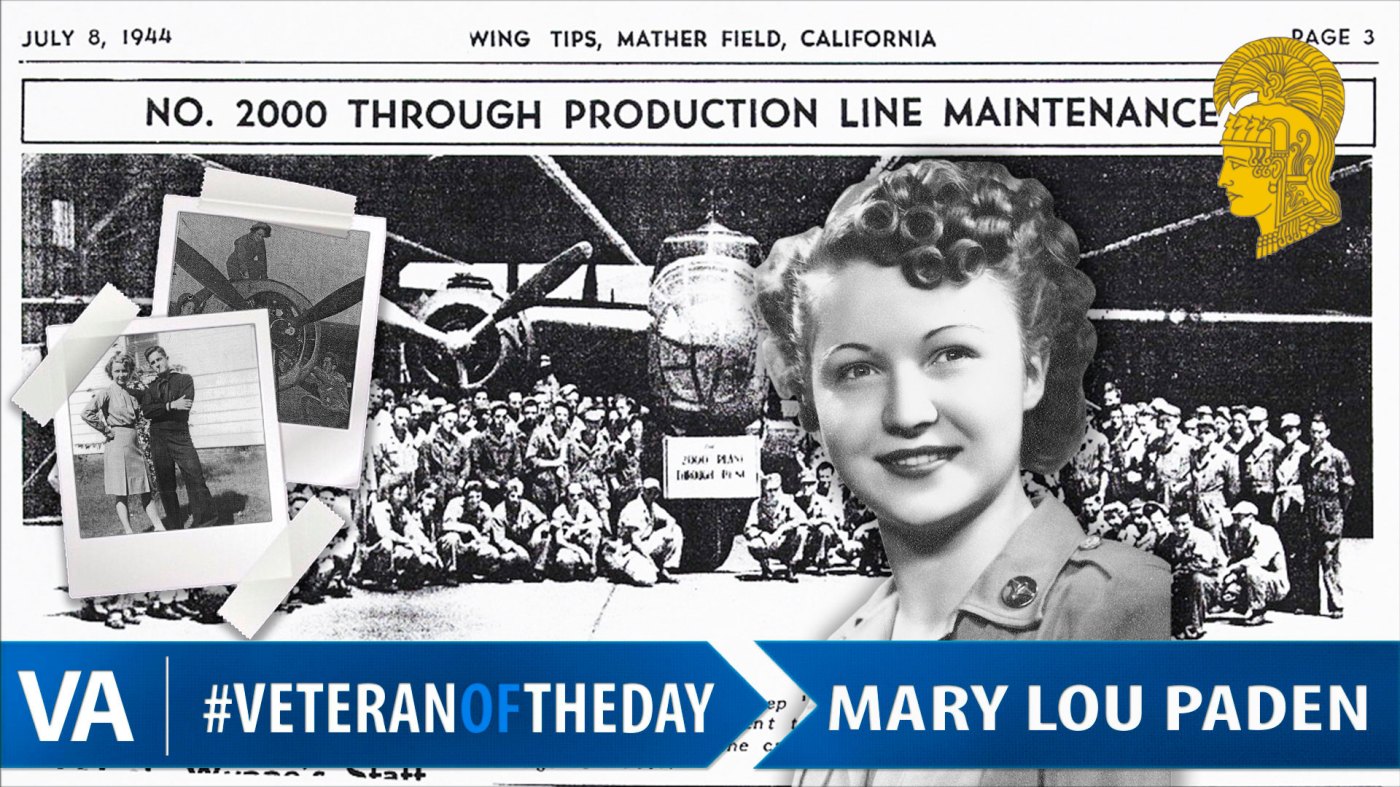 Mary Lou was a corporal in the Women’s Army Corps and served with Squadron D of the 330th Army Air Force. She completed basic training at Fort Oglethorpe, Georgia and was later posted at Mather Field, California, and Roswell Air Base, New Mexico. Mary Lou was a real-life Rosie the Riveter whose technical school training as a sheet metalist made her the perfect candidate for restoring B-25 bombers damaged overseas. She also helped maintain B-17s and B-29s. She even got to ride in the Enola Gay, the B-29 plane that dropped the first atomic bomb.

After the war, she married husband John D. Paden in 1946 and they later settled in Texas where Mary Lou became a founding member of the Veterans of Foreign Wars Post 1890 Auxiliary and was also an active member of the Arden Hanes Post 351 American Legion, speaking in schools about WWII and the importance of patriotism. Mary Lou passed away on Apr. 13, 2010 at the age of 86.