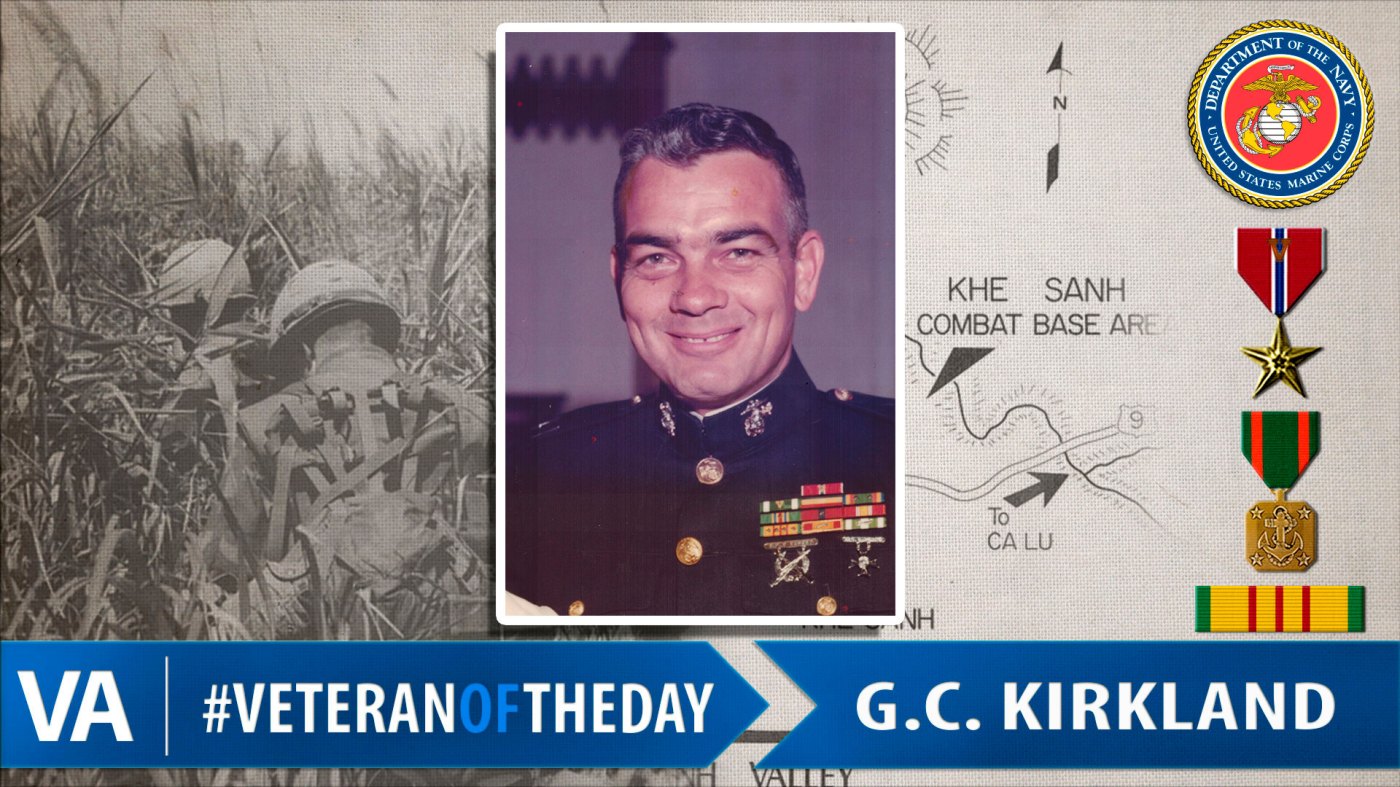 Today’s #VeteranOfTheDay is Marine Veteran G. C. “Bud” Kirkland. He served in the United States Marine Corps from 1954 to 1977

Bud joined the Marines in 1954 at the age of 16. He soon earned a warrant officer commission. Bud served a post war tour in Korea and two twelve-month tours in Vietnam, where he earned a battlefield commission to 2nd lieutenant. He was among the last Marines out of Khe Sanh. For his service, Bud received the Bronze Star with Valor, Navy Achievement Medal, Vietnam Medal, and Vietnam Cross of Gallantry Medal.

At the time of his retirement, Bud had attained the rank of major. He went on to work for Atlantic Research as the manager of the Tomahawk Program and was later promoted to Vice President. He enjoyed fly-fishing and helping other Veterans. He volunteered for Wounded Warrior Project at Boulder Crest Retreat in Bluemont, VA.

He lived in Warrenton, VA and was a devoted to his wife for more than 40 years.

Graphic By Paola Betancourt: Paola is a Writing & Rhetoric Major at the University of Central Florida. She currently freelances as a graphic designer and copy editor