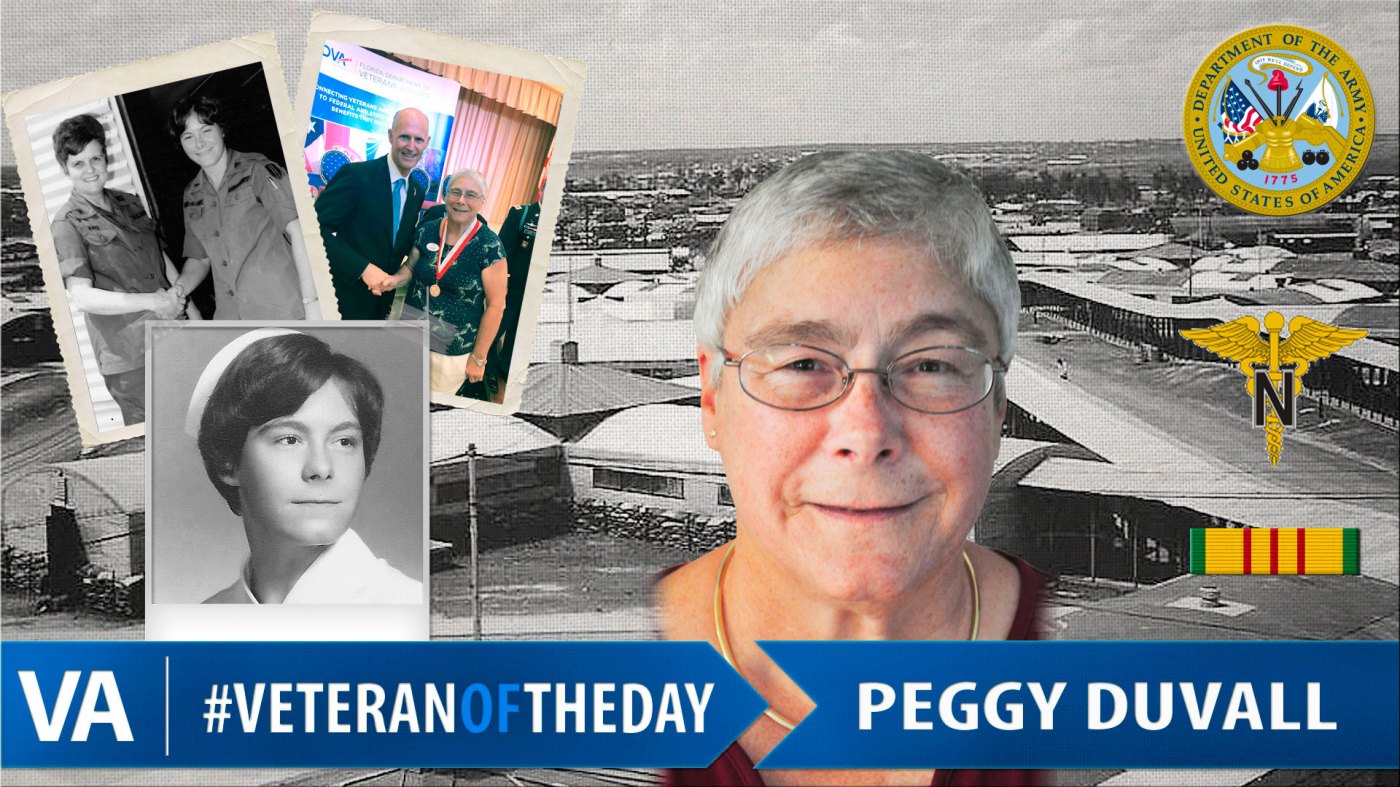 Today’s #VeteranOfTheDay is Army Veteran Peggy Ann Luckenbill DuVall. Peggy served in Vietnam from 1969 to 1971 and attained the rank of 1st lieutenant.

After graduating Allentown School of Nursing in 1969, Peggy was commissioned into the United States Army Nurse Corps. She served in Vietnam at the 93rd and 95th Evac Hospitals. She also participated in the Medical Civil Action Program, making trips to assist Vietnamese civilians. During that time, she met Anna Mae Hays, who was the first female general of the United States armed forces and a fellow graduate of Allentown School of Nursing. For her service, Peggy received the Vietnam Campaign medal.

Following her honorable discharge in 1971, Peggy married Dan DuVall, whom she met while stationed at Fort Belvior Dewitt Army hospital. She has spent the last 47 years as a devoted wife to Dan and a mother to Amy and Tracy. Peggy and her husband live in Florida. She volunteers once a week at the VA outpatient clinic.

Thank you for your service, Peggy!