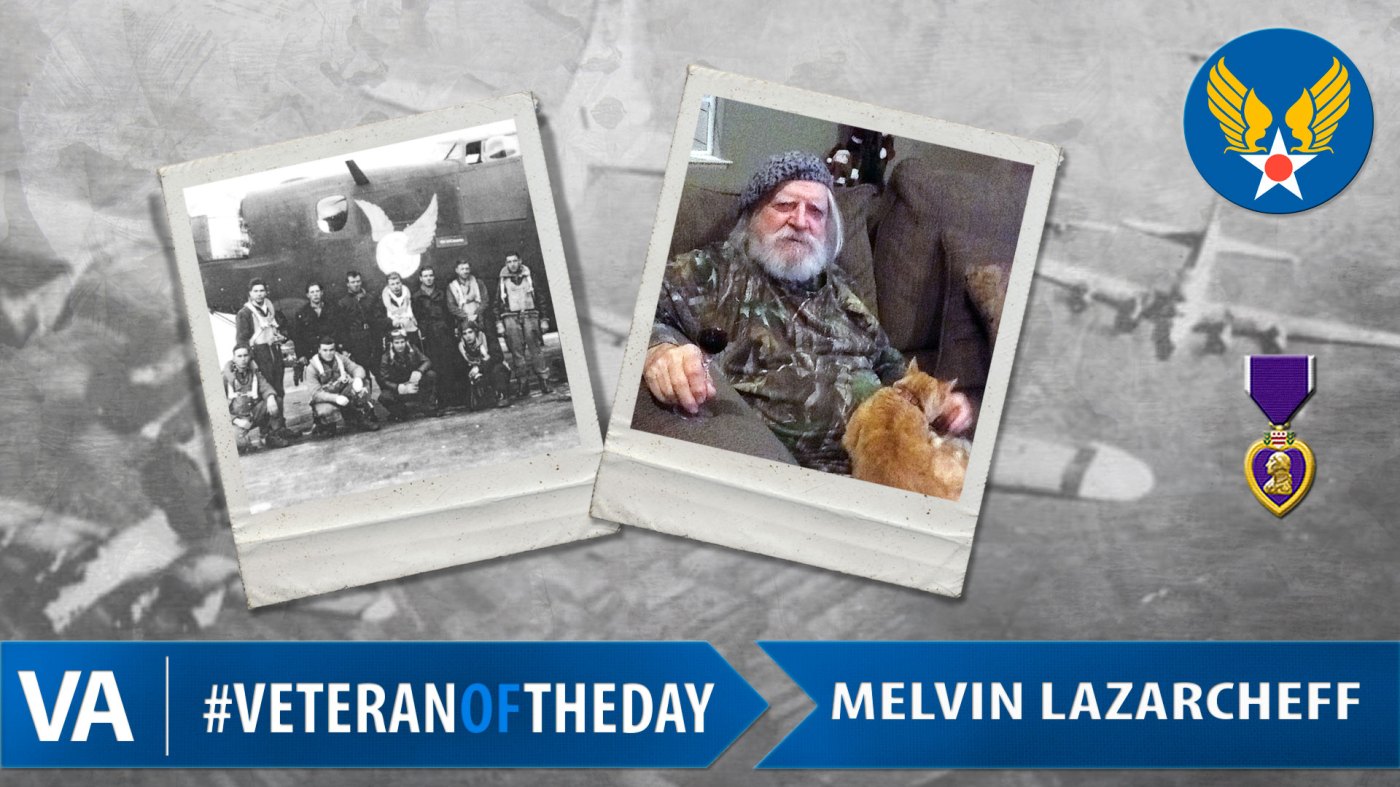 Melvin served with the Army Air Corps, the precursor to the Air Force, and flew 33 missions from England over Germany with the 486th Bombardment Group between 1943 and 1944. He served as a tailgunner on a heavy bomber during the group’s missions over Berlin, the Fulda Gap, and many other locations in Germany.

Born in 1922, Melvin is in his 90s and lives in California with his son and family.

Thank you for your service, Melvin!