Home / Benefits / Women’s Equality: Know the past, appreciate the present, focus on the future

Women’s Equality: Know the past, appreciate the present, focus on the future 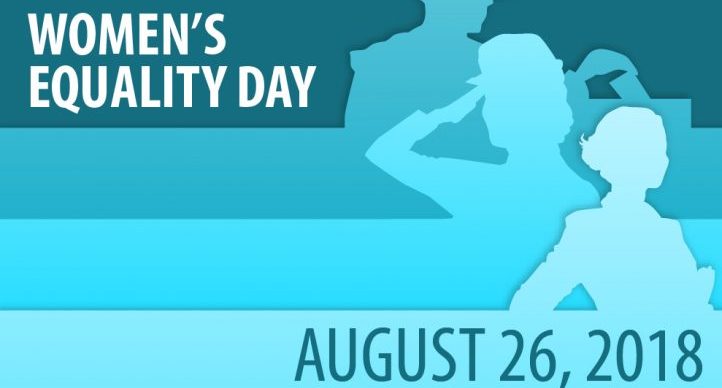 Sunday is Women’s Equality Day. It’s a day to celebrate women’s equality in specific, connected ways. Each year, on this Congress-designated day, we commemorate the 1920 certification of the 19th Amendment to the Constitution and the work of women’s suffrage advocates who helped achieve this milestone. The 19th Amendment guaranteed women the right to vote and was a monumental step towards women’s equality in today’s workforce.

“We are proud that women are represented at every level of our organization,” said Under Secretary for Benefits Paul R. Lawrence, Ph.D. “To me, men and women are equal. Inclusion is a big part of our strength.”

At the Veterans Benefits Administration (VBA), more than 11,500 out of approximately 23,500 employees are women. Women make up 49 percent of its workforce.

“I have served in VA for more than 20 years and wholeheartedly believe achieving and maintaining equality is everyone’s responsibility,” said Principal Deputy Under Secretary for Benefits Margarita Devlin, second in charge at VBA.

Fifty-seven percent of VBA employees are Veterans, and 31 percent  are women. It’s not a stretch to link the certification of the 19th Amendment with follow-on societal progress towards women’s equality that has enabled them to serve.

June 12, 1948, President Harry Truman signed the Women’s Armed Services Integration Act into law. It granted women permanent status in the regular and reserve forces of the Army, Navy, and Marine Corps, as well as the newly-created Air Force. However, the act limited the proportion of women in the military to 2 percent of the enlisted force and 10 percent of officers. This limit was repealed in 1967.

“Women Veterans are a diverse and vital segment of the Veteran community,” said Anna Crenshaw, acting director for the Center for Women Veterans. “They are mothers, sisters, friends, partners, colleagues, and more. They represent all branches and periods of service, and we want to make sure their contributions as Veterans are as equally recognized as those of their male counterparts.”

Women who serve continue to propel workforce equality too. For example, they are now serving onboard submarines and graduating from Army Ranger School—12 have earned the Ranger tab since women were first allowed to attend in 2015.

The past paved the way for the present, but the mission is not complete. Here’s to the future.

VBA’s mission is to deliver non-medical benefits programs for millions of Veterans, including disability compensation, pension and fiduciary, education, home loan guaranty, life insurance and vocational rehabilitation and employment benefits, and determining who is eligible to receive them. VBA comprises more than 23,500 employees and 56 regional offices nationwide. The benefits amount to over $100 billion distributed to Veterans and their families each year. To stay informed on VBA topics, visit www.va.gov and subscribe to e-mail updates. Visit VBA on Facebook, Twitter, YouTube, Instagram, and VAntage Point. For more information on women Veterans, visit the Center for Women Veterans website.