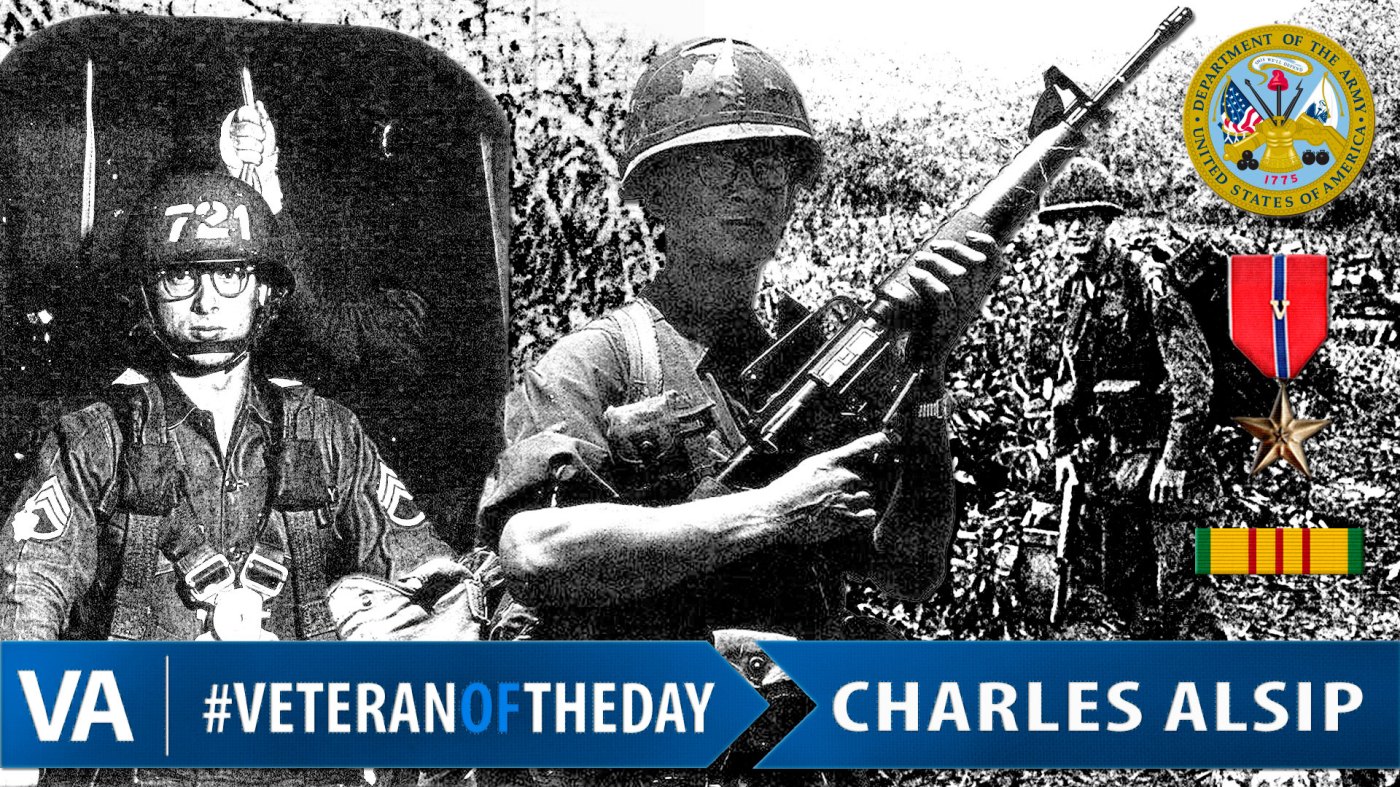 Today’s #VeteranOfTheDay is Army Veteran Charles R. Alsip. Charles served from 1967 to 1973 during the Vietnam War.

Charles enlisted in the Army in 1967. He was a sergeant and he served with the 173rd Airborne Brigade in the Central Highlands of Vietnam. He was later awarded a Bronze Star with ‘V’ for his actions while stationed with the Fourth Battalion of the 503rd Army Division in Vietnam. He was also awarded the Air Medal and two Army Commendation medals prior to receiving the Bronze Star.

After Charles was honorably discharged from the Army, he started his studies at Indiana State University. He later worked for the United States Postal Service as a mail carrier.