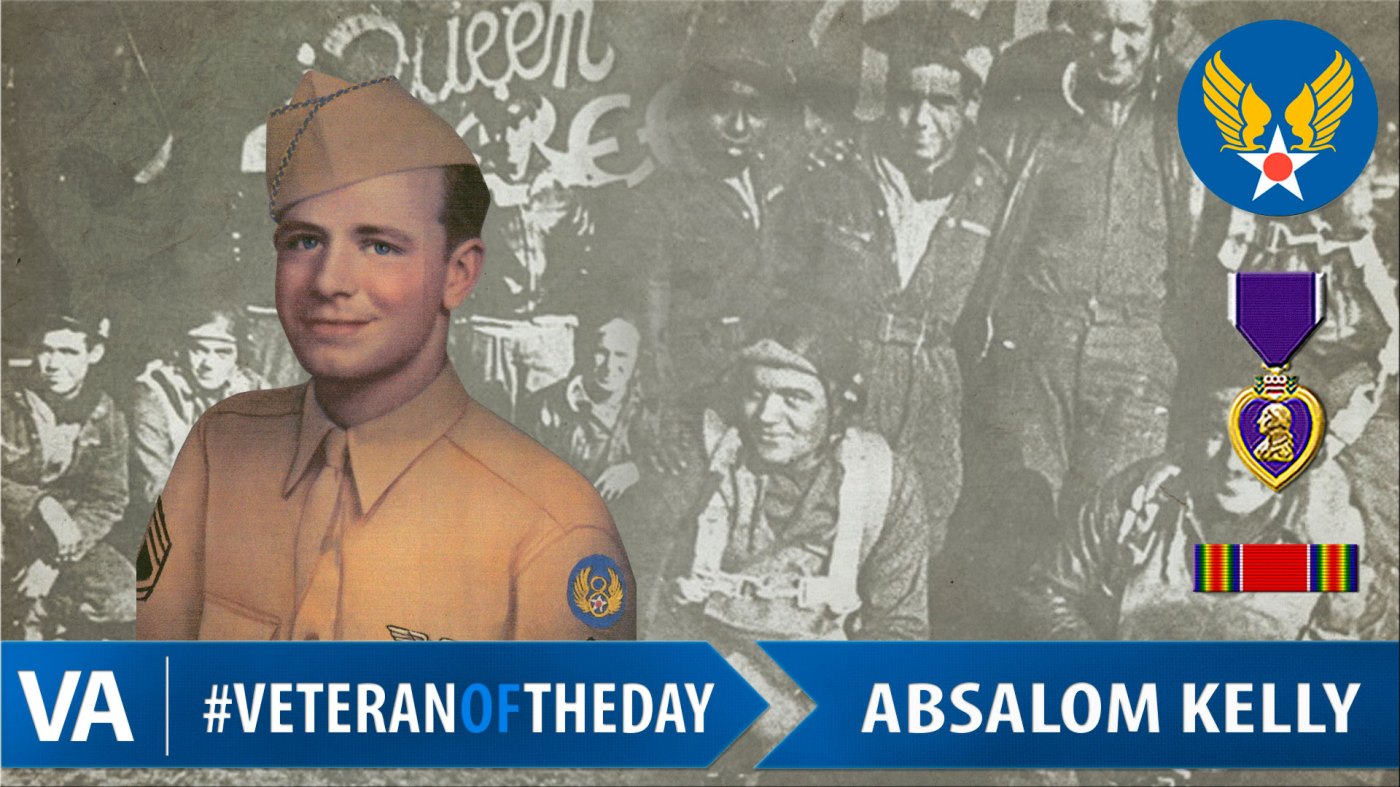 Absalom enlisted in the Army Air Forces in 1942. He completed basic training in Sioux Falls, South Dakota and then went on to complete advanced aerial gunner training in Texas. He was then assigned to a unit out of Salt Lake City and later became part of the 8th Army Air Force. Absalom flew more than 30 missions, earning his air crew wings. On May 9, 1944, Absalom and his crew members were shot down over Belgium and taken prisoner by the Germans. The Germans forced Absalom and his fellow soldiers to march for 86 days across Germany and interned them in Stalag Luft IV by the Polish border. The Germans did not feed Absalom and other prisoners very much and forced them to sleep in unheated barns during the extreme cold of winter.

Absalom was liberated by the British on May 2, 1945 and then took a German jeep and drove to the American lines, reaching those on May 8, 1945, the day the war ended. He was discharged as a Technical Sergeant in September of 1945. After the war, Absalom struggled with alcoholism but has not had a drink since June of 1950, a fact that he is proud of. He went to trade school to become an electrician and he held many jobs in that field, often working two at the same time. Absalom also married his wife, Mary Anderson, and they had two children together. He still keeps in contact with his fellow prisoners. More of his story can be found at http://memory.loc.gov/diglib/vhp/story/loc.natlib.afc2001001.01178/.

Thank you for your service, Absalom!