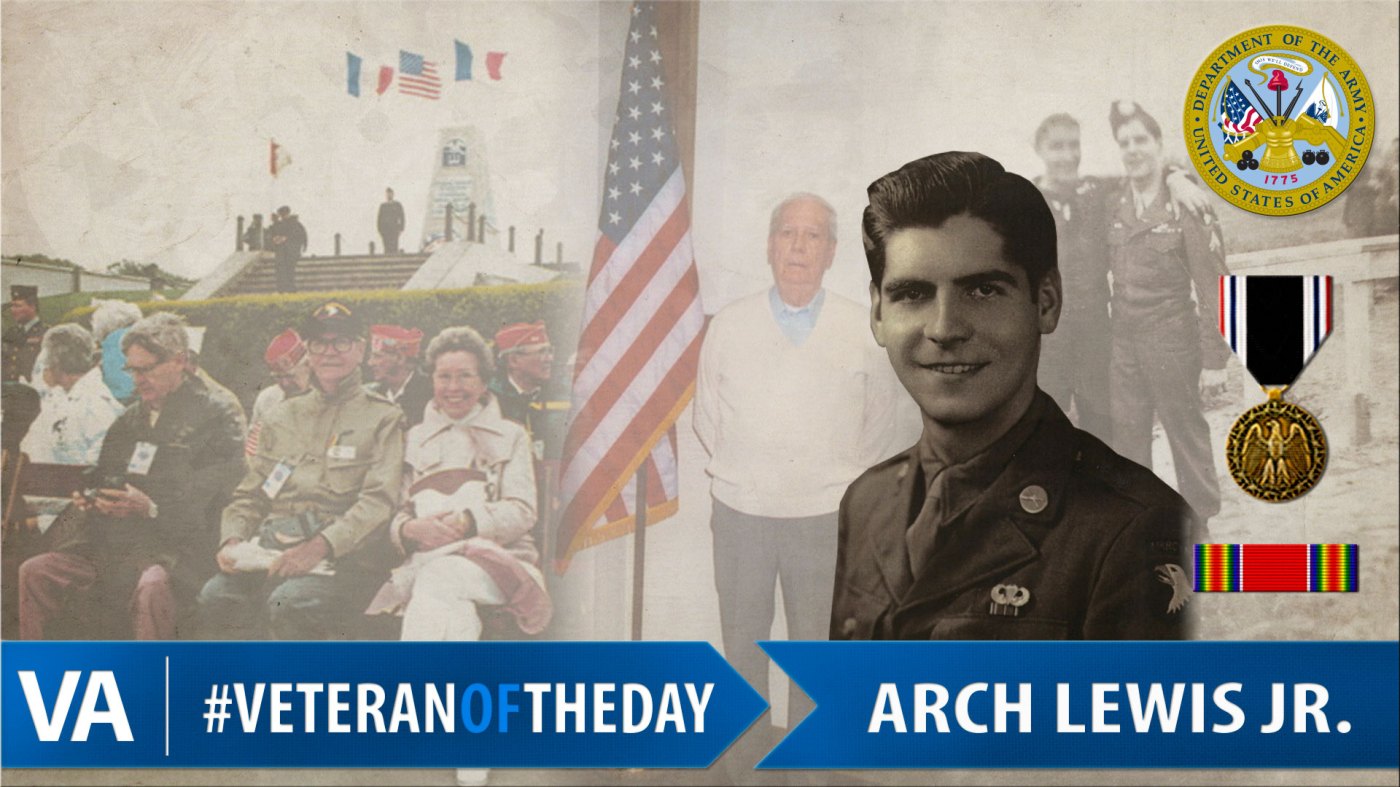 In 1942, Arch was drafted into the Army. At the end of his basic training, paratroopers recruited Arch. He was sent to Fort Benning, Georgia to complete his paratrooper training. Arch learned to pack a parachute so it would not tangle when released. He also had to climb rope and jump from towers in addition to completing other training jumps. When Arch completed his training, he was assigned to the 101st Airborne Division and sent to England. There, he and the other paratroopers prepared for D-Day by taking practice jumps. On one of these jumps, the wind was so bad that Arch landed wrong and broke his clavicle.

Despite the broken clavicle, Arch still went out on his mission on D-Day. His plane took fire when it reached the coast of France and veered off course. As a result, Arch landed many miles from his drop zone. He was the second one off the plane, and he landed in a tree but was able to get down safely. He found himself among a maze of hedgerows, and he could not locate his fellow soldiers. He found a safe place to sleep and spent the next few days avoiding German soldiers and trying to find his comrades. He eventually located a house while a German convoy passed behind him. He made it to the house safely, and the owner gave him some milk and bread. She could not speak any English, so she went and found a young girl who could. The girl said she knew where the rest of the Americans were, and she led Arch to them.

After Arch was reunited with his fellow soldiers, they ended up in a firefight with German soldiers and were forced to surrender. Arch was sent to a prisoner of war camp on the Polish border that was liberated by the Russians in January 1945. He eventually made it back to American lines and was discharged. Arch got involved in many service organizations after the war and made sure to keep in touch with his comrades. Arch and his wife went back to Normandy Beach on the 50th Anniversary of D-Day. Arch passed away in 2012. More of his story can be found at http://memory.loc.gov/diglib/vhp/story/loc.natlib.afc2001001.00540/